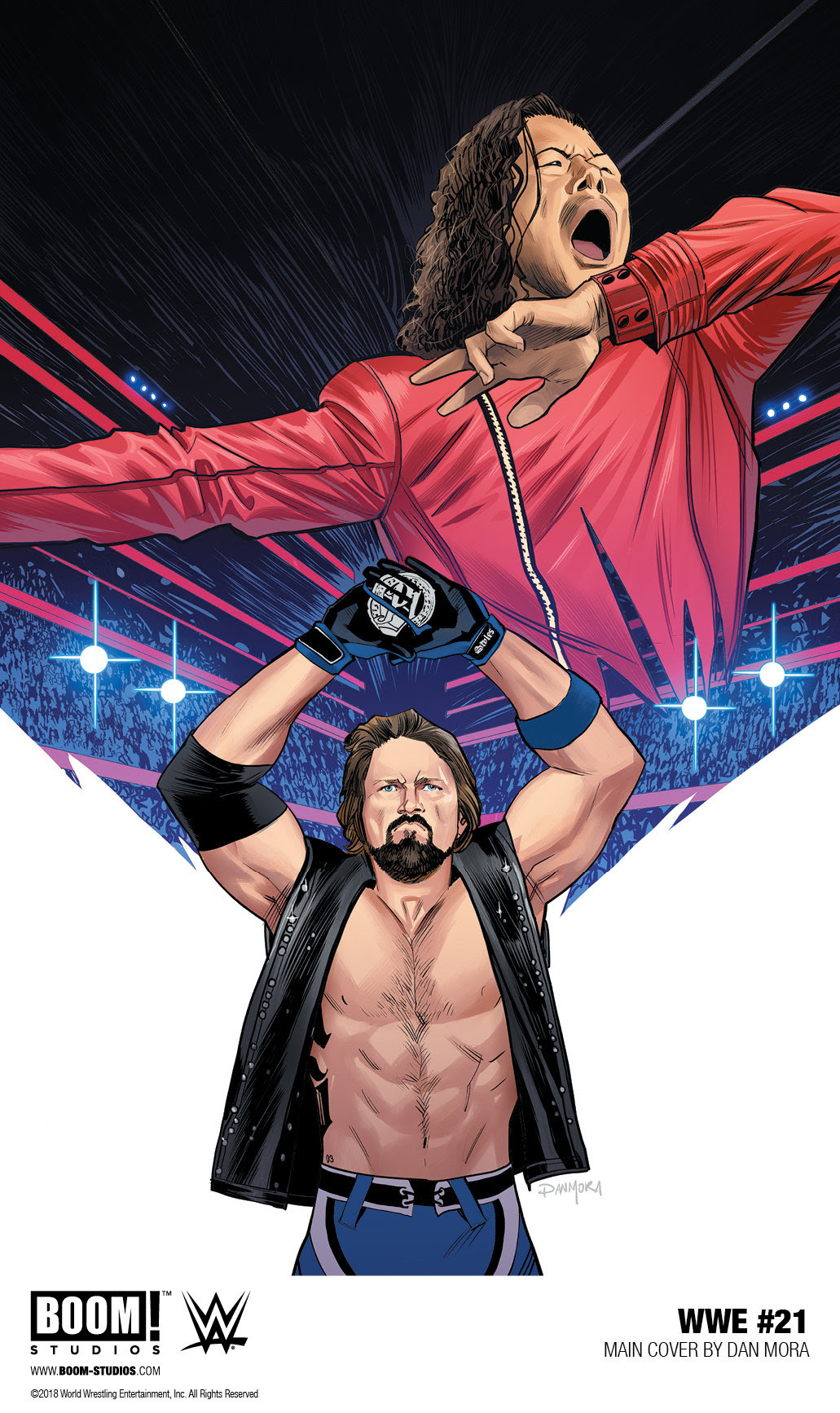 LOS ANGELES, CA (July 9, 2018) – BOOM! Studios is proud to continue The Road to San Diego, a ten-day spotlight on the most exciting comic book and graphic novel news in advance of Comic Con International in San Diego (July 18-22), with the announcement of WWE #21 from the series creative team of writer Dennis Hopeless (Cloak & Dagger) and artist Serg Acuña in October 2018.

WWE #21 follows the worldwide journey of WWE Superstar AJ Styles in his quest to WWE. For the first time, go behind the scenes of his biggest matches as he shows the WWE Universe why he is called “The Phenomenal One.”

Fans can download a trailer for this spotlight on AJ Styles right here bit.ly/WWE21-Phenomenal.

“There’s no doubt that AJ Styles is one of the most incredible WWE Superstars fans have ever seen and this story gives readers a chance to learn just how he became so…Phenomenal,” said Chris Rosa, Editor, BOOM! Studios.

Print copies of WWE #21 will be available for sale in October 2018 at local comic book shops (use comicshoplocator.com to find the nearest one) or at the BOOM! Studios webstore. Digital copies can be purchased from content providers, including comiXology, iBooks, Google Play, and the BOOM! Studios app.

For continuing news on WWE and more from BOOM! Studios’ The Road To San Diego, stay tuned to​ www.boom-studios.com and follow @boomstudios on Twitter.