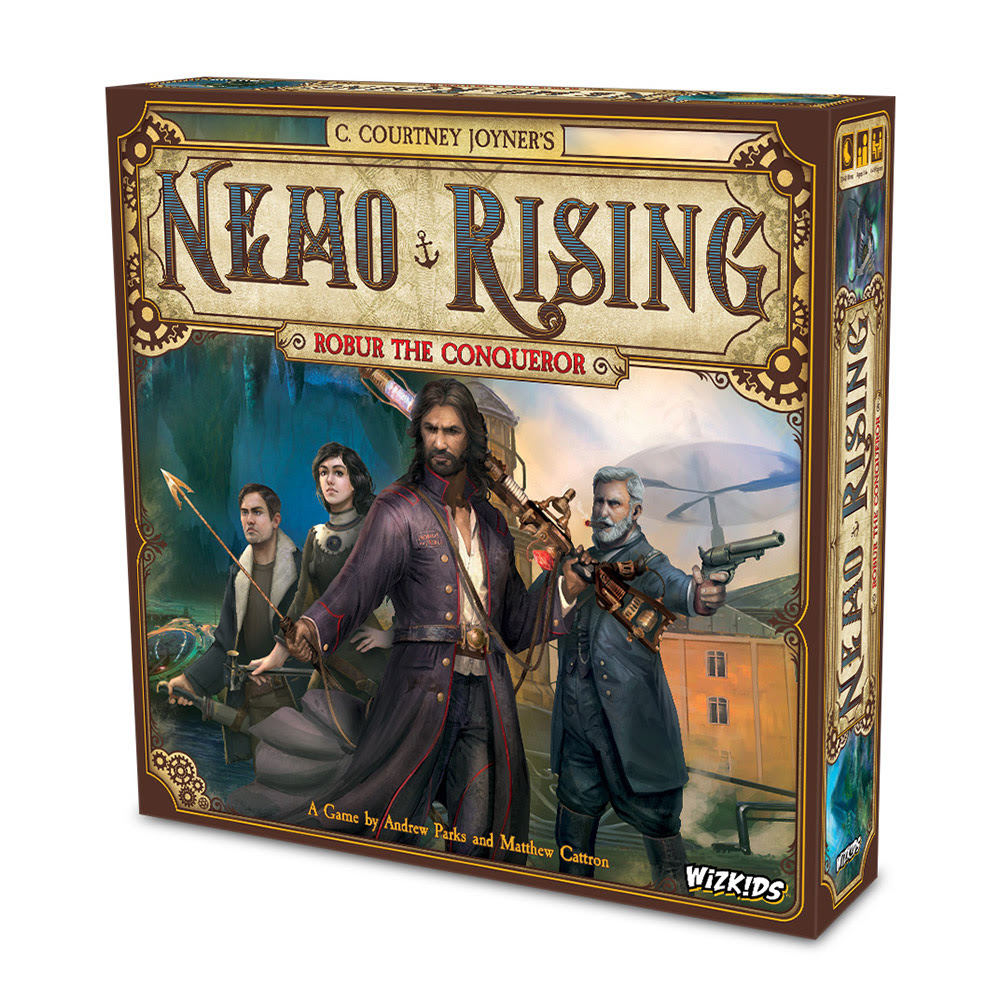 In this exciting 1-4 player adventure game, players become members of a reimagined version of the Nautilus’ heroic crew, and must carry out missions in order to successfully complete the requirements of one of two scenarios— The Undersea Grotto or the City in the Sky. Each scenario represents a unique location with its own geography, environment, and adventures.

The game ends and the Heroes win if they complete all of the Mission Goals on the game’s two Mission Cards, secure at least 4 Adventure Tiles, and then return to the Start space. All Heroes must be on the Start space at the same time in order for them to win. The Heroes lose, however, if they run out of Mission Points on the Mission Track.

With its exciting and unpredictable adventures, Nemo Rising is the perfect way to experience the escapades of Captain Nemo and his crew directly from the captain’s seat. Board the Nautilus and pre-order Nemo Rising, releasing this fall, from your Friendly Local Game Store today! Are you up for the adventure?