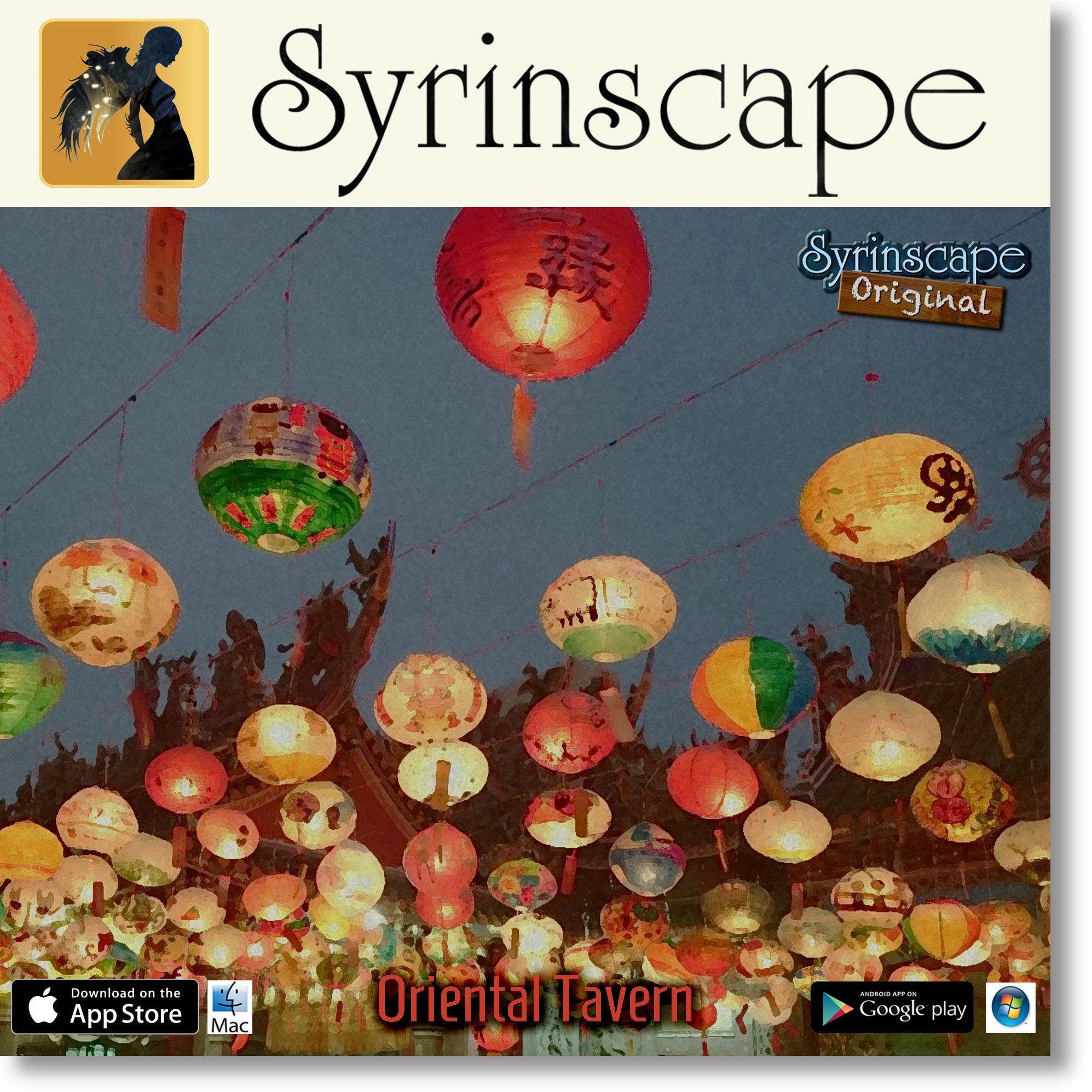 With Music and Sounds from Across Asia, New SoundSet Creates Atmosphere for Tabletop Game Adventures

SYDNEY, AUSTRALIA (February 15, 2017) – Syrinscape, the award-winning soundboard app that creates movie-like, immersive sound for tabletop games, announces today the release of the Oriental Tavern SoundSet. Oriental Tavernjoins the ever-growing Syrinscape sound library, which also includes the official soundtracks to the Pathfinder Roleplaying Game, Starfinder Roleplaying Game, Mutants & Masterminds and more. The Oriental Tavern SoundSet is a must-have sound companion to themed tabletop games and is available on Syrinscape for $3.99, or as part of the Fantasy or SuperSyrin subscriptions.

The Oriental Tavern SoundSet was created by Syrinscape’s community manager Steve Barr using Syrinscape’s SoundSet Creator tool. “The SoundSet Creator makes it so easy to turn your ideas into a bustling tavern your players want to hang out in,” says Barr. “From murmuring people, jingling coins, boiling cauldrons and the tavern bard to fight music and shattered furniture, this SoundSet transports players to the heart of a tavern in any fictional Orient.”

The award-winning Syrinscape apps bring fantastic, realistic sound to tabletop gaming and are compatible with nearly any mobile device or computer. Syrinscape’s Fantasy Player, Sci-Fi Player and Board Game Player apps are free to download and the official sounds of Pathfinder, Starfinder, Mutants & Masterminds, Catan and hundreds of other sound creations for nearly any tabletop game are available for sale individually or as part of the Supersyrin Subscription for $10/month.

Syrinscape can also be completely unlocked for free for 30 days at Syrinscape.com/freetrial and includes two free SoundSets to keep after the trial.