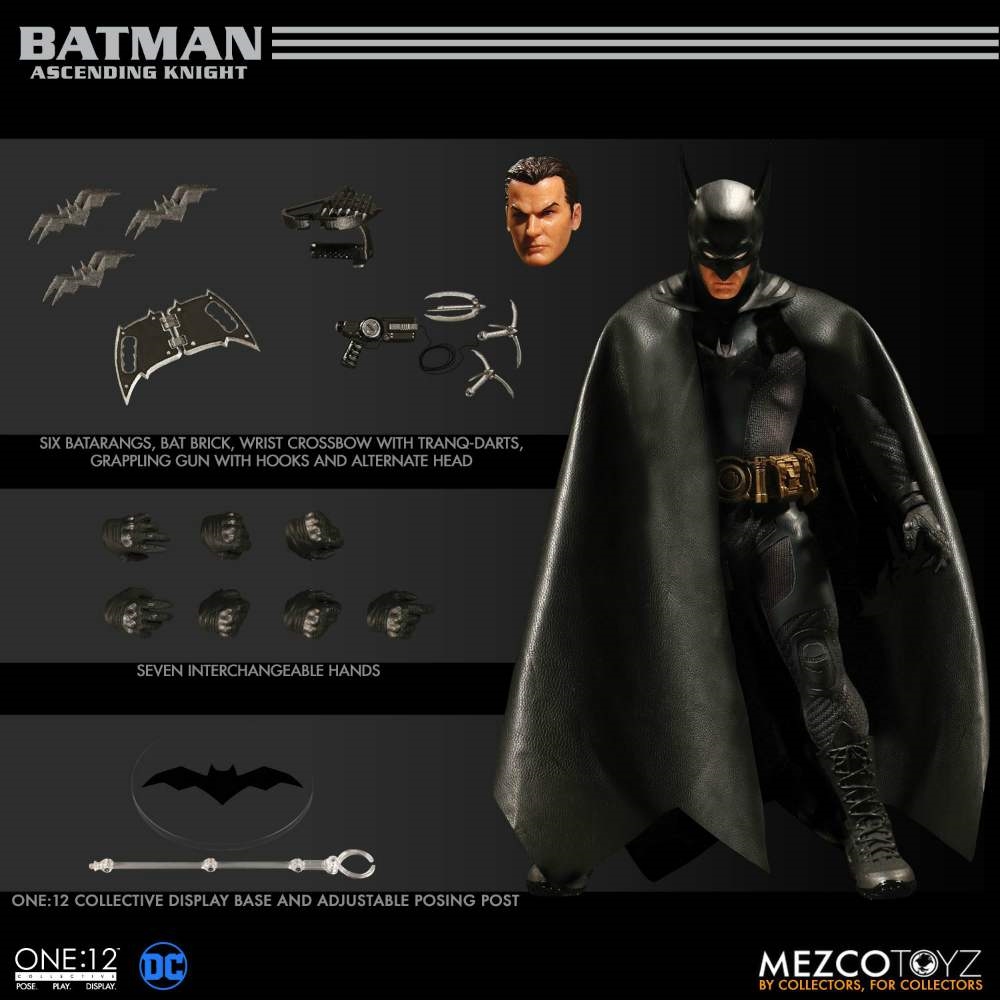 What an awesome Batman to own……

Every Knight has a beginning and the One:12 Collective’s Batman starts here. Batman—Ascending Knight is part of a trilogy: A beginning, a middle and an end. The Ascending Knight is Batman in his first year; designed to be contemporary but still have a first appearance feel. This is the Batman of 10 years ago, as he just began his war on crime.

At the start of his crime-fighting career Bruce Wayne is still working things out, finding what works and what doesn’t. Some of his tech and gear is still a bit unfinished and raw. His Bat Suit is bulky, showing that he has not yet fine-tuned it.

Of course the design pays homage to Batman as he first appeared in Detective Comics. The shape of his cowl, the shorter gloves and the smaller symbol on his chest are all inspired by his original debut in the comics.

THE ONE:12 COLLECTIVE BATMAN—ASCENDING KNIGHT FEATURES: