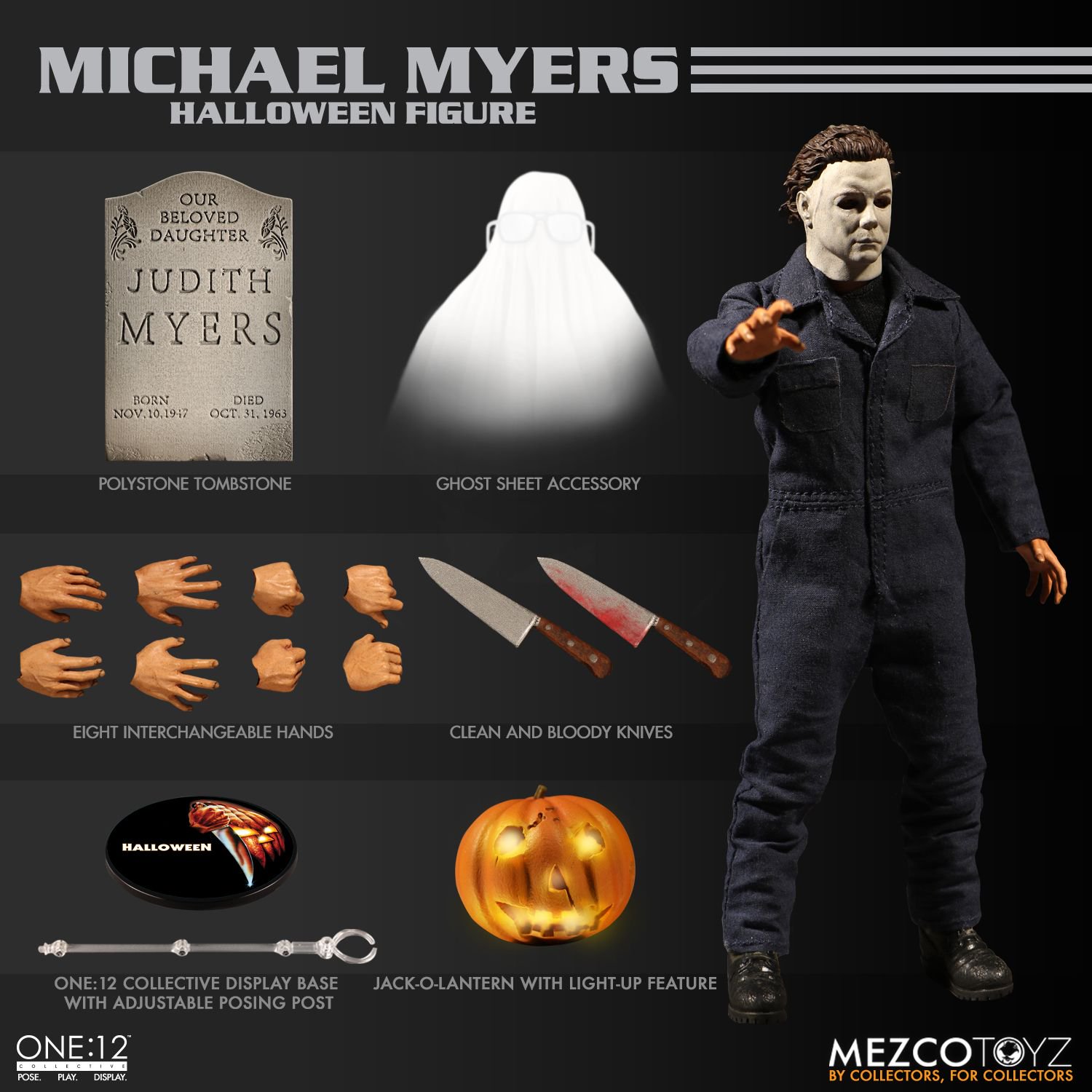 In October 1978 a new film called Halloween introduced the world to seemingly unstoppable masked killer Michael Myers and launched a franchise that would span five decades. With his soulless eyes peering from his expressionless mask, “The Shape” as he is referenced in the film, has become one of the most recognizable icons of modern horror

The One:12 Collective Michael Myers Halloween figure features a film accurate sculpt and coveralls as well as an alternate head with affixed ghost sheet and glasses to recreate the infamous “mistaken identity” scene in the film. The figure also comes equipped with both bloody and clean knives as well as a light-up Jack O’ Lantern.

Each One:12 Collective Michael Myers Halloween figure is packaged in a collector friendly box, designed with collectors in mind there are no twist ties for easy in and out of package display.