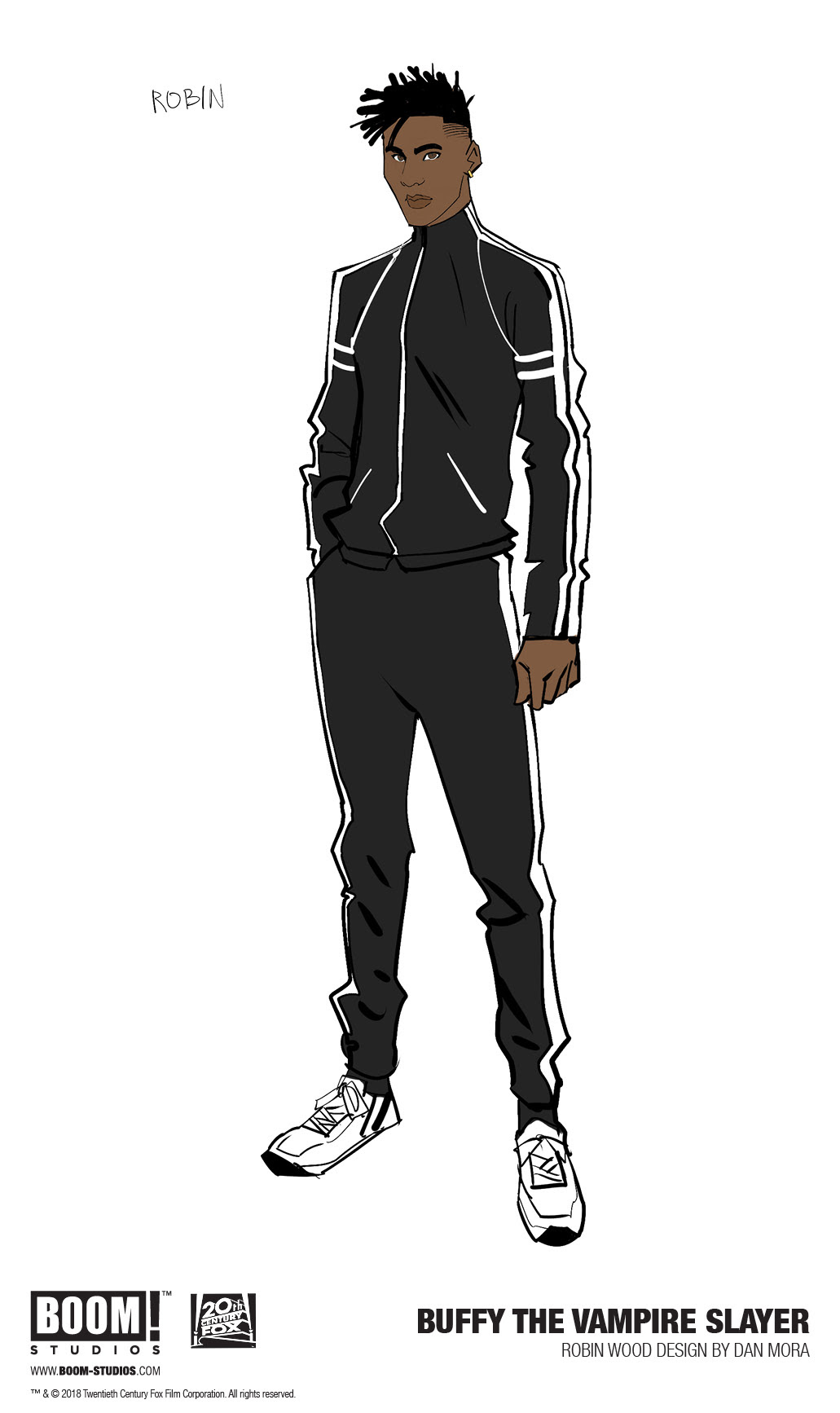 While fans first met Robin Wood in the seventh season of the television series as both the principal of Sunnydale High and a vampire hunter, he will join the cast of BUFFY THE VAMPIRE SLAYER in 2019 as captain of the Sunnydale Field and Track team – a model student and high school heartthrob with a mysteriously broken wrist. But when Robin meets Buffy and the Scooby Gang, some fists (and sparks) might just fly before they discover the truth about each other…and how they need to work together to save Sunnydale.

Alongside Mora, Eisner Award-nominated writer Jordie Bellaire (Redlands) and series creator/story consultant Joss Whedon (the visionary writer/director behind Firefly, Marvel’sThe Avengers, and more) invite readers to meet a Buffy Summers like the one they know – trying to make friends at her new school, get decent grades, and to escape her imposed destiny as the next in a long line of vampire slayers tasked with defeating the forces of evil. But the Slayer’s world looks a lot more like the one outside your window, as this new series brings her into a new era with new challenges, new friends…and a few enemies you might already recognize (including fan-favorite Drusilla’s debut as THE MISTRESS).

“BUFFY THE VAMPIRE SLAYER is a love letter to everything we love about our favorite Slayer and her world – but as you’ve seen with Drusilla’s introduction as The Mistress, there are no rules we won’t break. Reinventing Robin Wood as a mysterious new teenage ally – and maybe more – for Buffy is a key part of that new direction,” said Jeanine Schaefer, Executive Editor, BOOM! Studios. “But just like his original introduction to TV audiences, our Robin Wood comes loaded with a mysterious past, a secret mission and a special connection to the inhabitants of Sunnydale. We can’t tell you when he debuts in the series… only that it’s going to be big. And we’re not done breaking rules, yet.”

Print copies of BUFFY THE VAMPIRE SLAYER #1 will be available for sale on January 23, 2019 exclusively at local comic book shops (use comicshoplocator.com to find the nearest one) or at the BOOM! Studios webstore. Digital copies can be purchased from content providers, including comiXology, iBooks, Google Play, and the BOOM! Studios app.