BOOM! Studios Reveals Rare Variant Covers from Kaiti Infante for the Most Anticipated ReVAMP of 2019 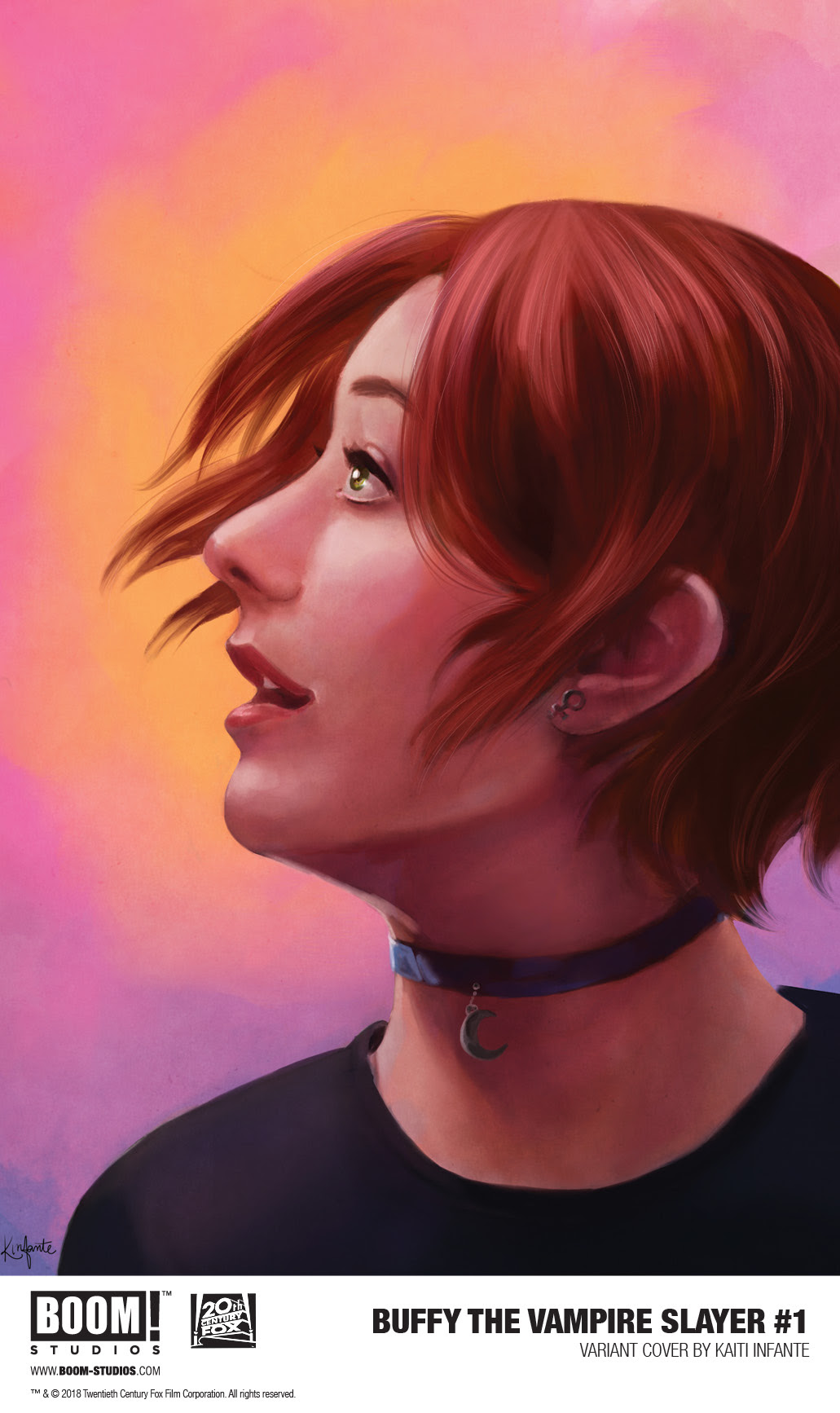 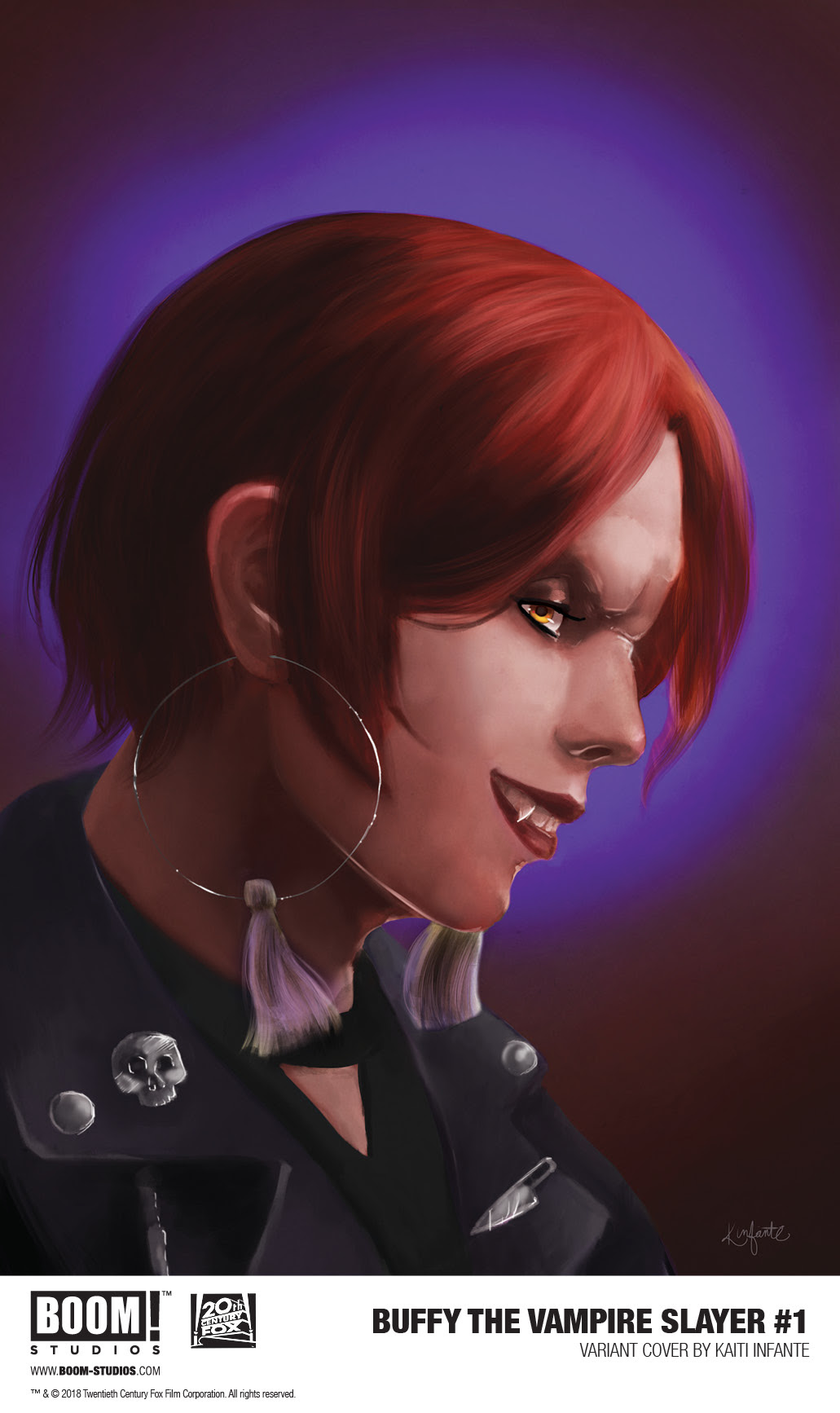 As Eisner Award-nominated writer Jordie Bellaire (Redlands), Russ Manning Award-winning artist Dan Mora (Klaus, Saban’s Go Go Power Rangers), and series creator/story consultant Joss Whedon (the visionary writer/director behind Firefly, Marvel’s The Avengers, and more) reimagine the groundbreaking pop culture phenomenon from the very beginning, readers will meet a Buffy Summers like the one they know – trying to make friends at her new school, get decent grades, and to escape her imposed destiny as the next in a long line of vampire slayers tasked with defeating the forces of evil. But the Slayer’s world looks a lot more like the one outside your window, as this new series brings her into a new era with new challenges, new friends…and a few enemies you might already recognize. The more things change, the more they stay the same, as the Gang – Giles, Willow, Xander, Cordelia and more – faces brand new Big Bads, and a threat lurking beneath the perfectly manicured exterior of Sunnydale High, confirming what every teenager has always known: high school truly is hell.

Now every reader must choose a side and join the fight between Good and Evil – will you stand with the Chosen One (#TeamSlayer) or will you side with the Vampires (#TeamVamp)? You can show your true allegiance in two special variant covers from illustrator Kaiti Infante. One cover depicts fan favorite Willow Rosenberg as Buffy’s best friend and stalwart Scooby. The other spotlights a terrifying possible version of her: the evil and remorseless Vampire Willow.

You can also track down two special interactive variant covers from acclaimed artist Miguel Mercado (Mighty Morphin Power Rangers) that can be held up to your face to reveal your inner Slayer or inner Demon!

“Willow is the heart of the Scooby gang but as devoted fans of Buffy know, she has a dark and deadly side to her as well,” said Jeanine Schaefer, Executive Editor, BOOM! Studios. “Kaiti had no problem at all handling both sides of Willow: both the gentle, fuzzy but brave Scooby and the deep, dark evil version lurking within the vampire. Now it’s just up to fans to choose who they really are deep down inside and pick a side.”

Print copies of BUFFY THE VAMPIRE SLAYER #1 will be available for sale on January 23rd, 2019 exclusively at local comic book shops (use comicshoplocator.com to find the nearest one) or at the BOOM! Studios webstore. Digital copies can be purchased from content providers, including comiXology, iBooks, Google Play, and the BOOM! Studios app.