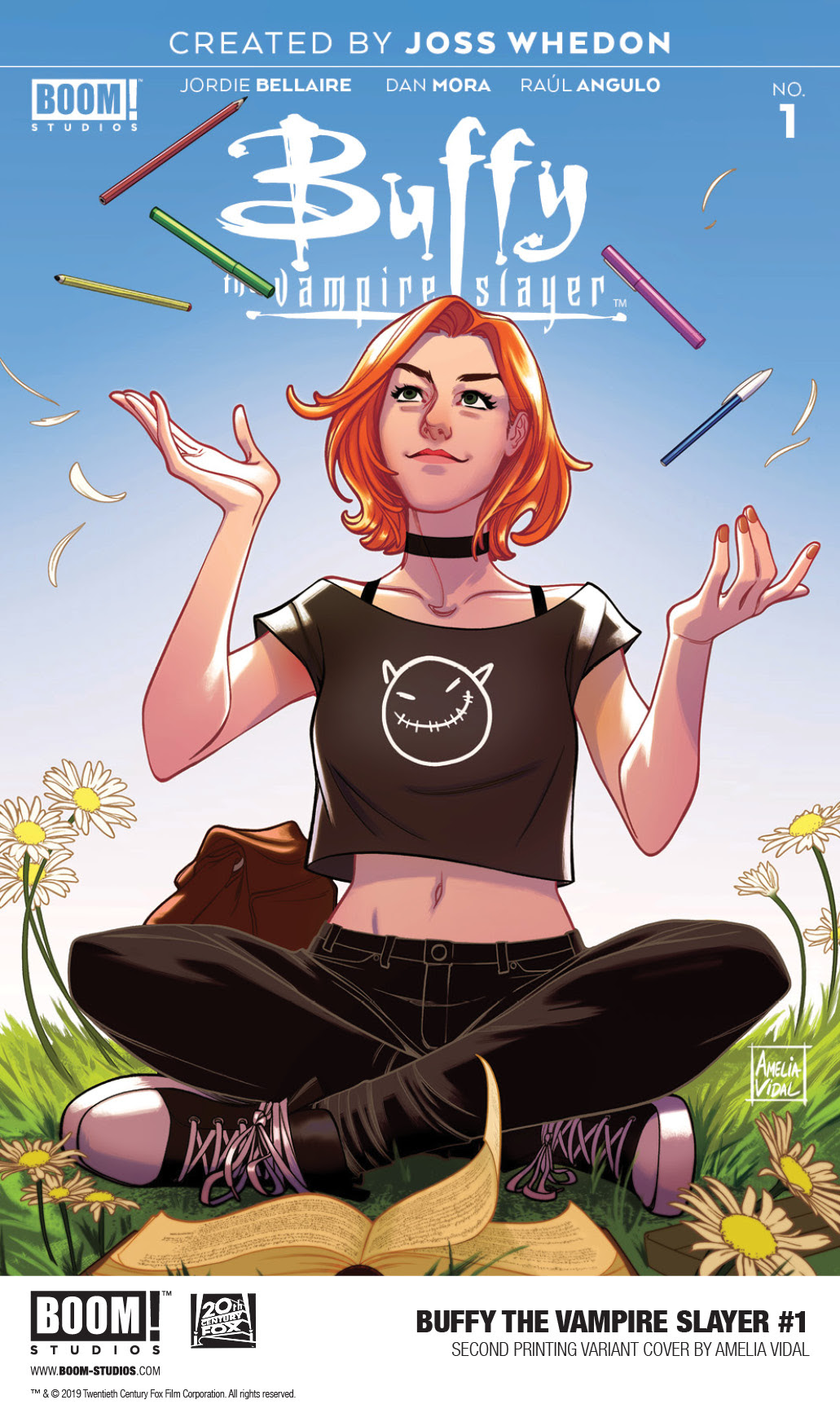 This is the Buffy Summers you know, who wants what every average teenager wants: friends at her new school, decent grades, and to escape her imposed destiny as the next in a long line of vampire slayers tasked with defeating the forces of evil. But the Slayer’s world looks a lot more like the one outside your window, as this new series brings her into a new era with new challenges, new friends…and a few enemies you might already recognize. The more things change, the more they stay the same, as the Gang – Giles, Willow, Xander, Cordelia and more – faces brand new Big Bads, and a threat lurking beneath the perfectly manicured exterior of Sunnydale High, confirming what every teenager has always known: high school truly is hell.

“Everyone working on this series is incredibly thrilled by and grateful for the response from retailers and fans to this new beginning for the story of Buffy Summers,” said Jeanine Schaefer, Executive Editor, BOOM! Studios. “The faith and support in us is the thing that motivates us to go big or go home on every issue. Believe me when I say you haven’t seen anything yet: the events of issue four alone will have every Scooby talking.”

BUFFY THE VAMPIRE SLAYER #1 SECOND PRINTING VARIANT is available exclusively in comic shops (use comicshoplocator.com to find the nearest one) on February 20, 2019.

For continuing news on BUFFY THE VAMPIRE SLAYER comic books, graphic novels and more from BOOM! Studios, stay tuned to www.boom-studios.com and follow @boomstudios on Twitter. And follow Buffy the Vampire Slayer on Facebook,Twitter, and Instagram