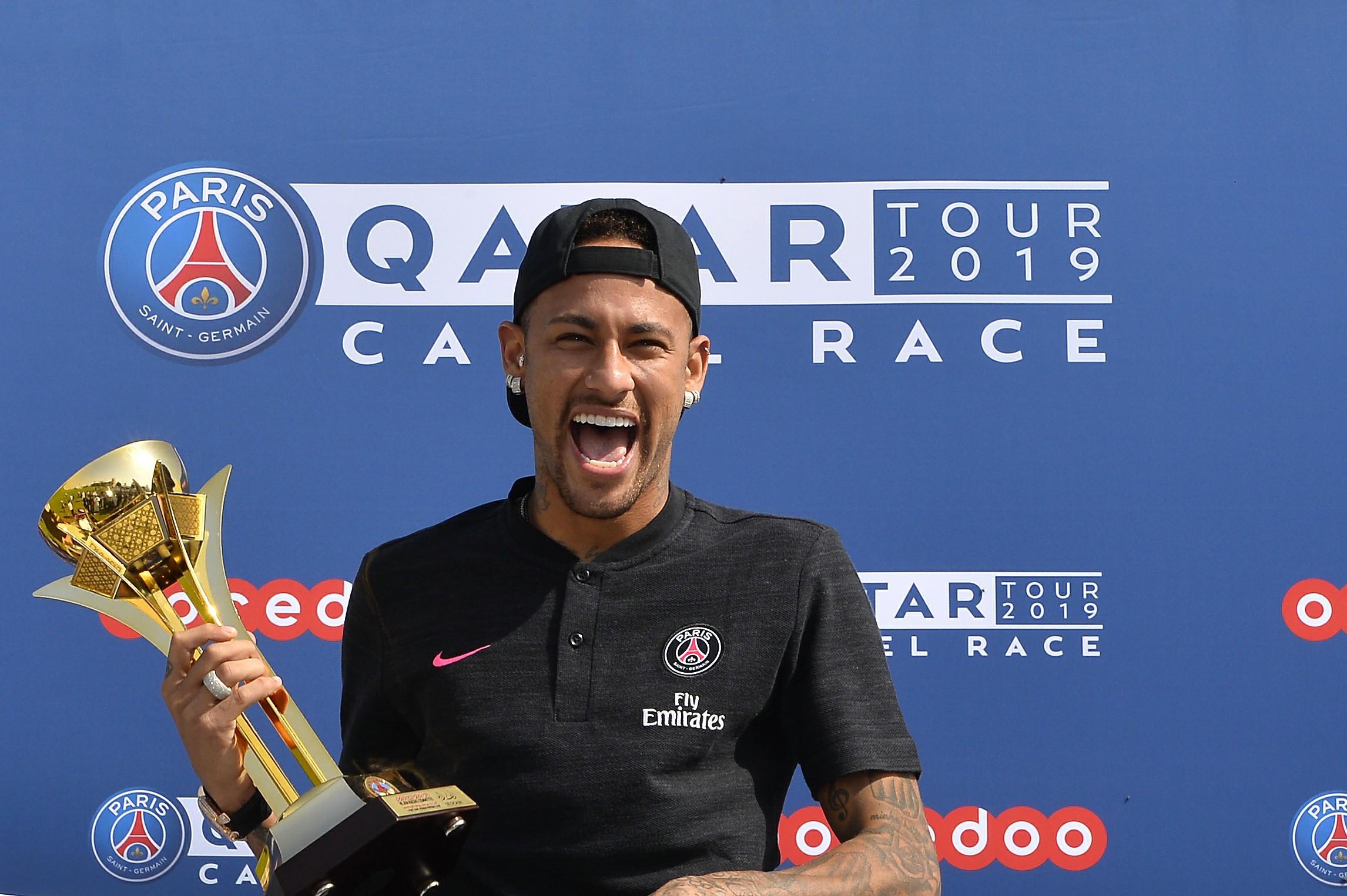 Doha, Qatar, January 17th 2019 — The Paris Saint-Germain squad made history today at the Al Shahaniya racecourse near Doha, competing in a camel race as part of the Qatar Tour 2019.

Fired up by manager Thomas Tuchel’s stirring speech in the tents pre-race, the Paris Saint-Germain players piled into 4x4s provided by the organisers, with each player controlling their camels via walkie-talkie. The 13 camels covered the 4km racetrack at speeds of up to 40km, with the players steering the dromedaries from cars alongside.

Neymar Jr. and Thomas Tuchel emerged victorious in the two thrilling morning races. The two winners each received cheques of €25,000 euros from the club’s official partner, Qatari telephone operator Ooredoo, and the money will be donated to the Paris Saint-Germain Endowment fund.

Thomas Tuchel joked: “I can’t reveal my technique to win this race, I know that my victory is hard for the players to accept… but it was an extremely tactical challenge! The most important thing was to win, I had to be ready to step up to the plate and set an example. I’m very proud that this victory has allowed me to help the Paris Saint-Germain Endowment Fund, which is key for the club, so it is a great success for me”.

After listening intently to the instructions, Neymar Jr. celebrated his victory, adding: “I am very happy. Our group was the fastest. Dani finished 3rd and I finished 1st.  I won! I won!”

Camel races are very popular in Qatar and the Emirates, as part of the great sporting tradition of the Gulf.

After the races the Paris Saint-Germain players returned to their hotel for an evening training session. They will leave Qatar on January 17 after an intense week of training, sponsorship activities and media interviews.