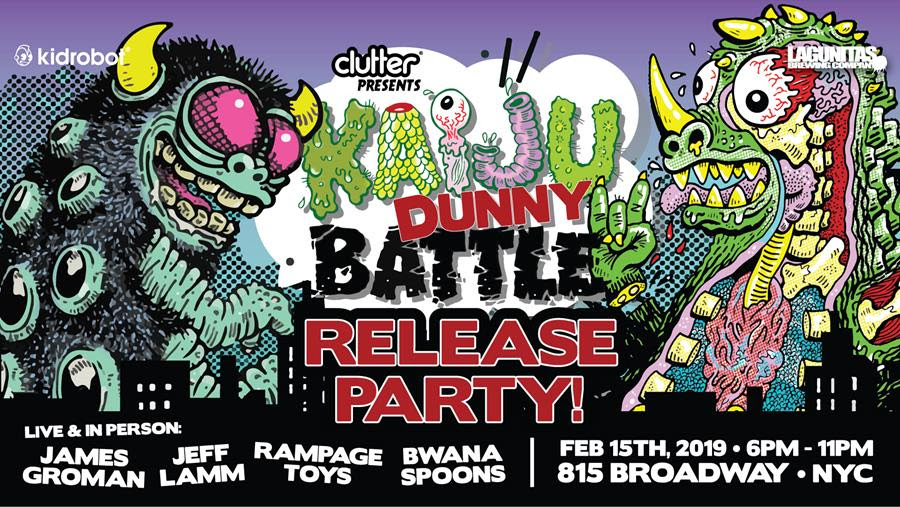 Be the first to grab an exclusive first look at, and get your hands on this series before anyone else!!! Party doors open at 6:00pm, Friday, Feb 15th, at 815 Broadway, NYC, and entry will be free!

Artists Jeff Lamm, James Groman, Rampage Toys and Bwana Spoons will all be attendance to sign your new additions, and to also offer you some of their own exclusive product!

Not only that, we will have live painting, giveaways, and a special beer brewed by Brooklyn’s KCBC, with a super awesome exclusive label designed by Jeff Lamm!

Let’s get ready to RUUUMMMMBBBBLLLLEE! 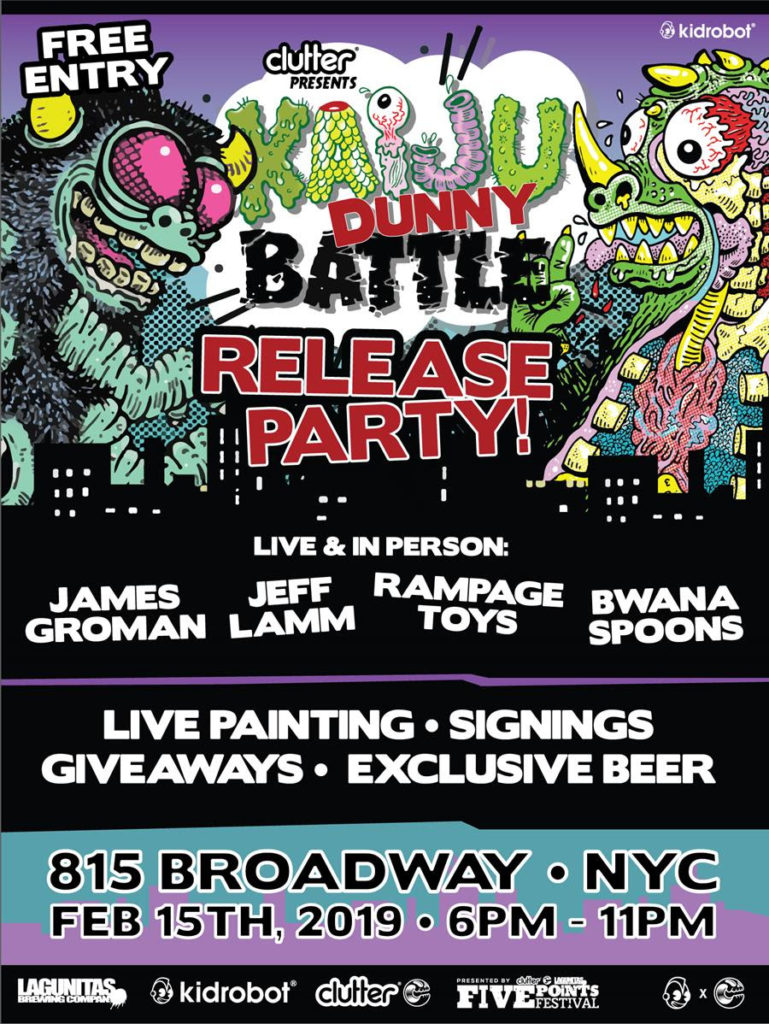 The Kaiju Dunny Battle series brings together some of the hottest American artists working in the Neo-Kaiju genre. Clutter has curated the ultimate Neo-Kaiju Dunny series that no-one thought was even possible!

Asking artists to put their monstrous spin on the ultimate designer vinyl toy platform, the Dunny, Clutter has brought East to West in an epic toy art battle. 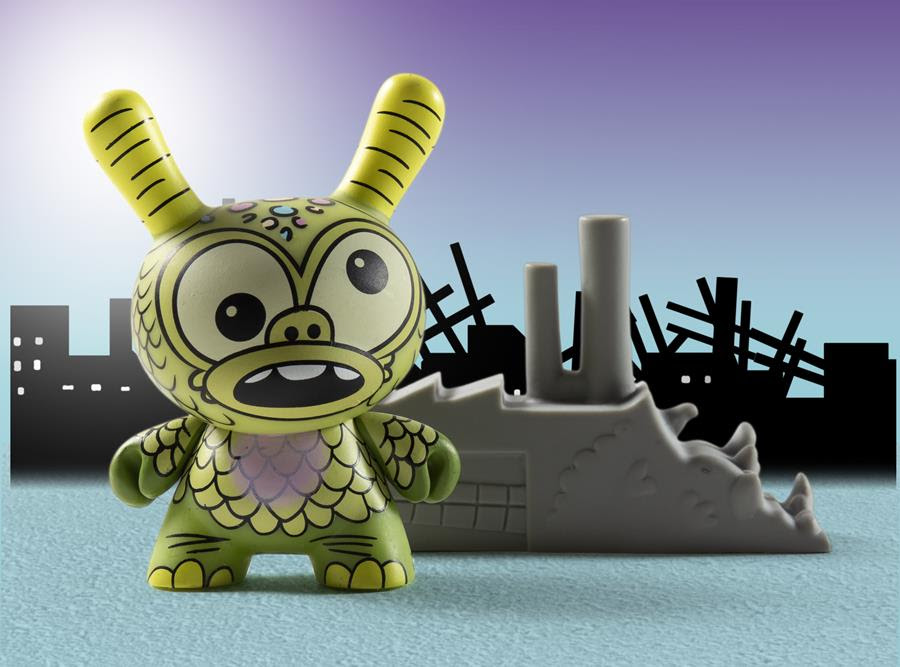 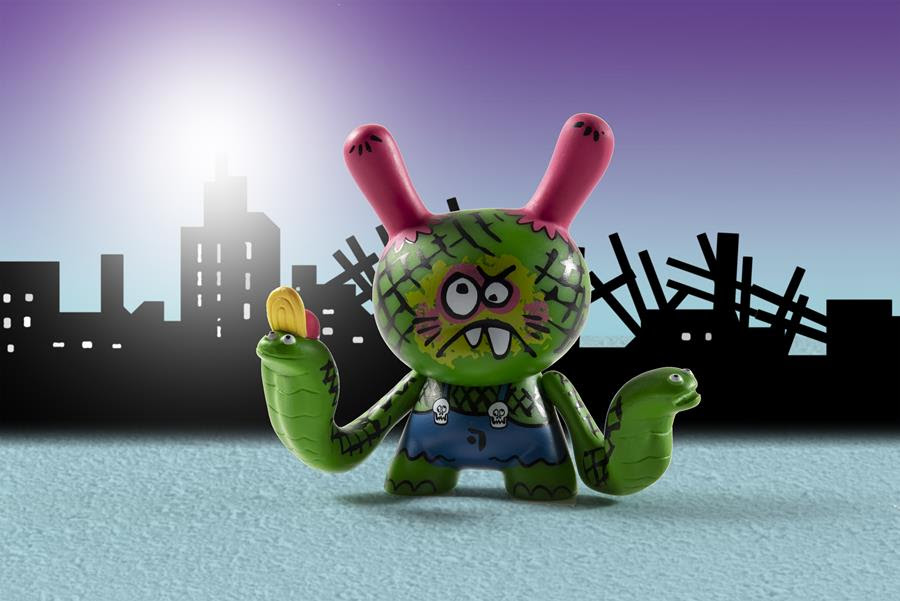