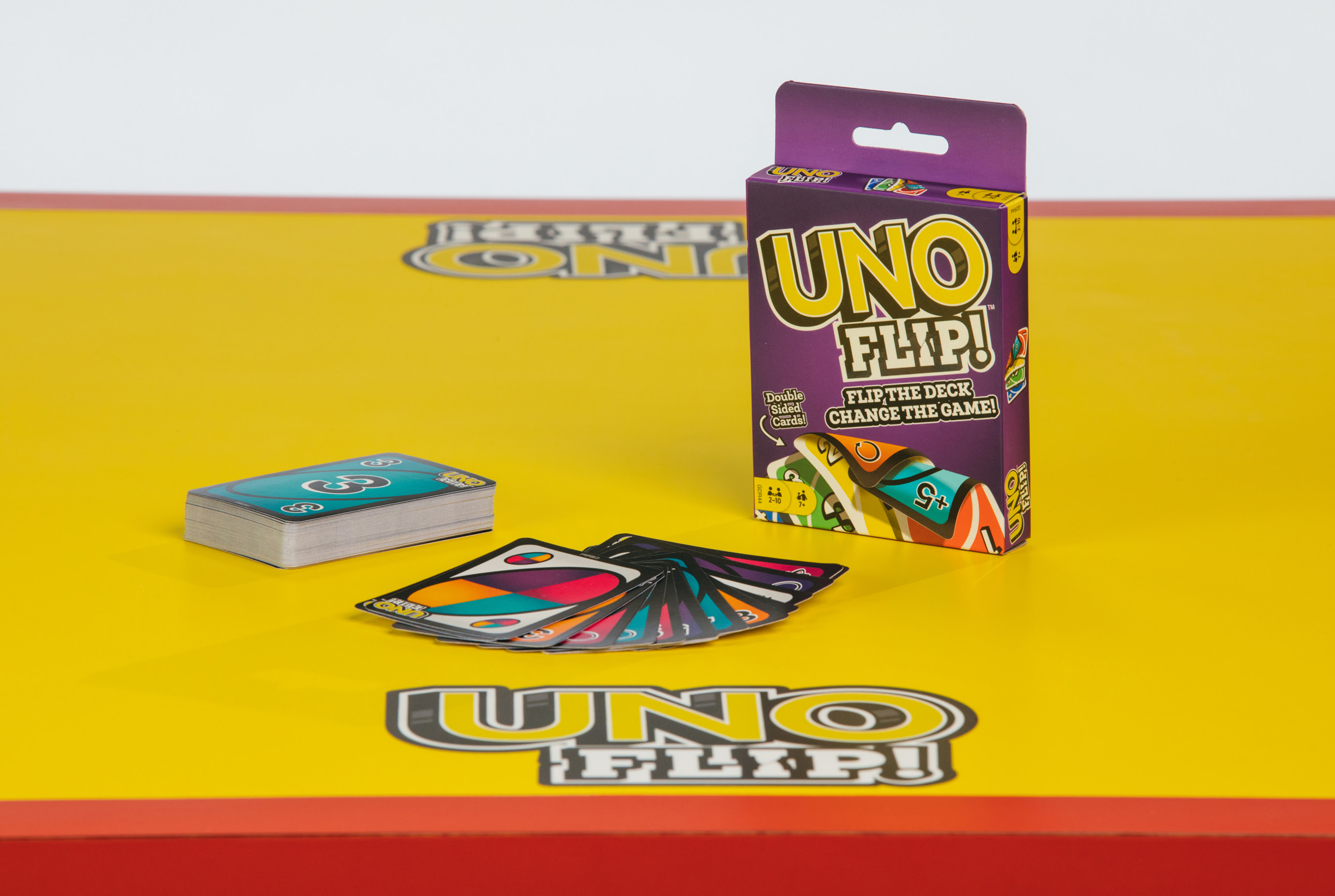 EL SEGUNDO, Calif., Feb. 12, 2019 /PRNewswire/ — UNO®, the world’s number one card game*, introduces its most competitive version ever – UNO FLIP!™. The game follows the classic UNO game’s premise of matching numbers and colors, but now features double-sided cards that when prompted by a “Flip” card, changes the entire game.

The double-sided UNO FLIP! deck features both a Light and a Dark side. The Light side plays like classic UNO, but the Dark side has never before seen penalty cards, including the first ever DRAW 5 card. Playing a “Flip” card will change the game, giving players unexpected challenges, keeping the competition fierce and intensity levels high.

“We like to say that UNO FLIP! is our most competitive deck ever as it literally flips the game with two sides and more extreme cards — not only a first for the brand, but also sure to shake up family game night,” said Ray Adler, Senior Director, Global Games at Mattel. “The power of UNO is that we continue to innovate within the brand, but also the card category, by building on the classic game play generations love with new twists each year.”

UNO FLIP! is the latest innovation from the iconic game brand and follows the successful launch of DOS® from 2018. The brand continues to introduce variations driven by customer insights and feedback, such as UNO® ColorAdd, the first-ever colorblind-friendly edition, as well as tapping into pop-culture for versions like UNOcorns™.

UNO FLIP! is available online now from Target and Walmart, with decks rolling out on-shelves at Target in March for $5.99 MSRP and globally in 2019.