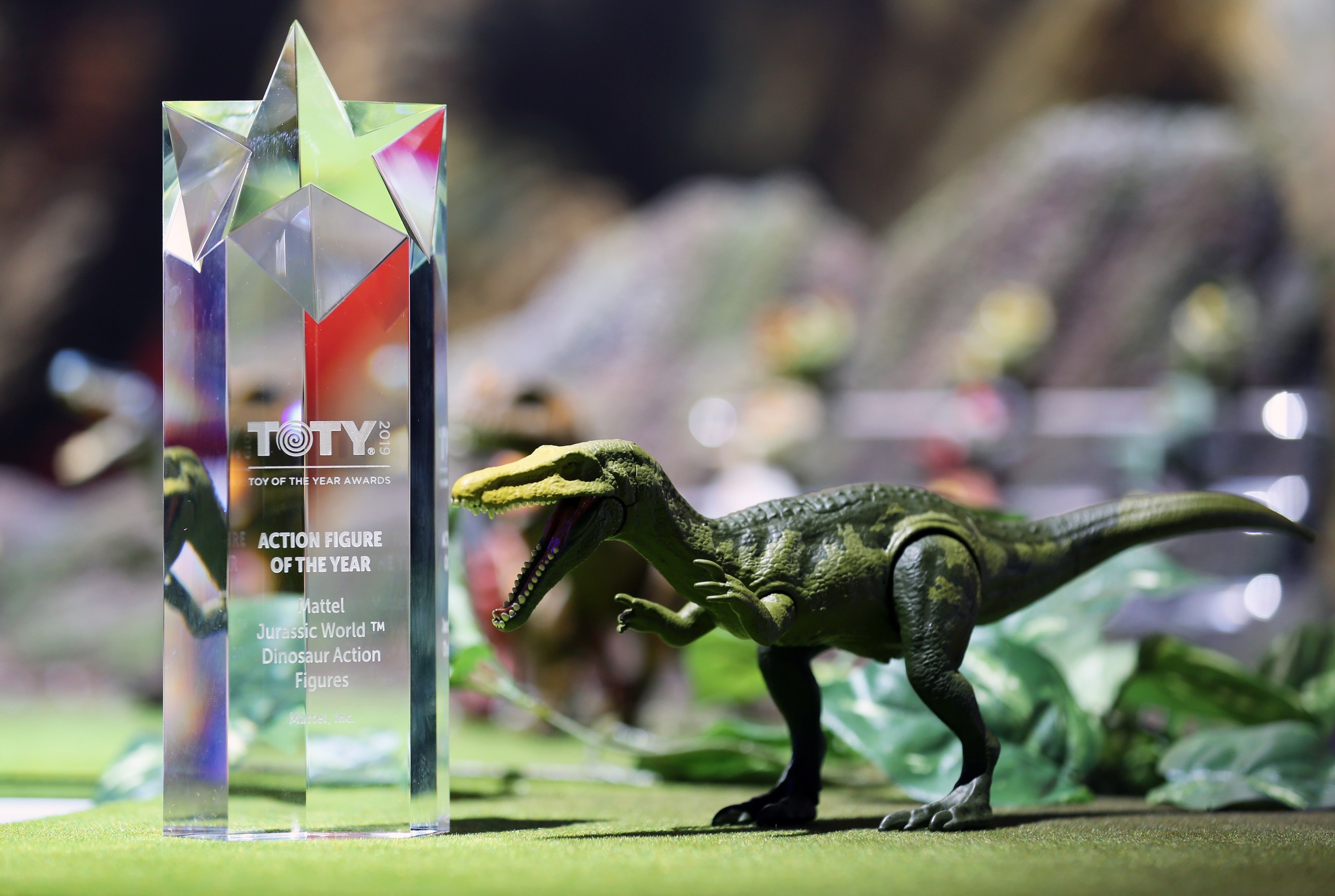 “The ‘Jurassic World’ franchise has been inspiring generations of kids for 25 years and we are proud to partner with Universal to bring the world of dinosaurs to life in new ways,” said PJ Lewis, VP of Action Figures at Mattel. “It is an honor to be recognized by the Toy Industry Association for the Jurassic World Dinosaur action figure line at the Toy of the Year awards and we look forward to the continued excitement around the new line in 2019.”

In 2019, Mattel is expanding the Jurassic World line with the new Dino Rivals theme supported by the Jurassic Facts mobile app and over 40 new dinosaurs to collect in action scale. Moreover, the new dual strike feature takes core battling play to the next level, allowing new ways to pit dinosaurs against each other.

The Toy Industry Association T.O.T.Y Awards are given to products for being the most outstanding, unique and creative toy introductions from the past year. Nominated products cover all aspects of the industry. The TOTY ballot was overseen by the TOTY nominations committee, which is comprised of major retailers, TIA board members, toy trade journalists and academics.