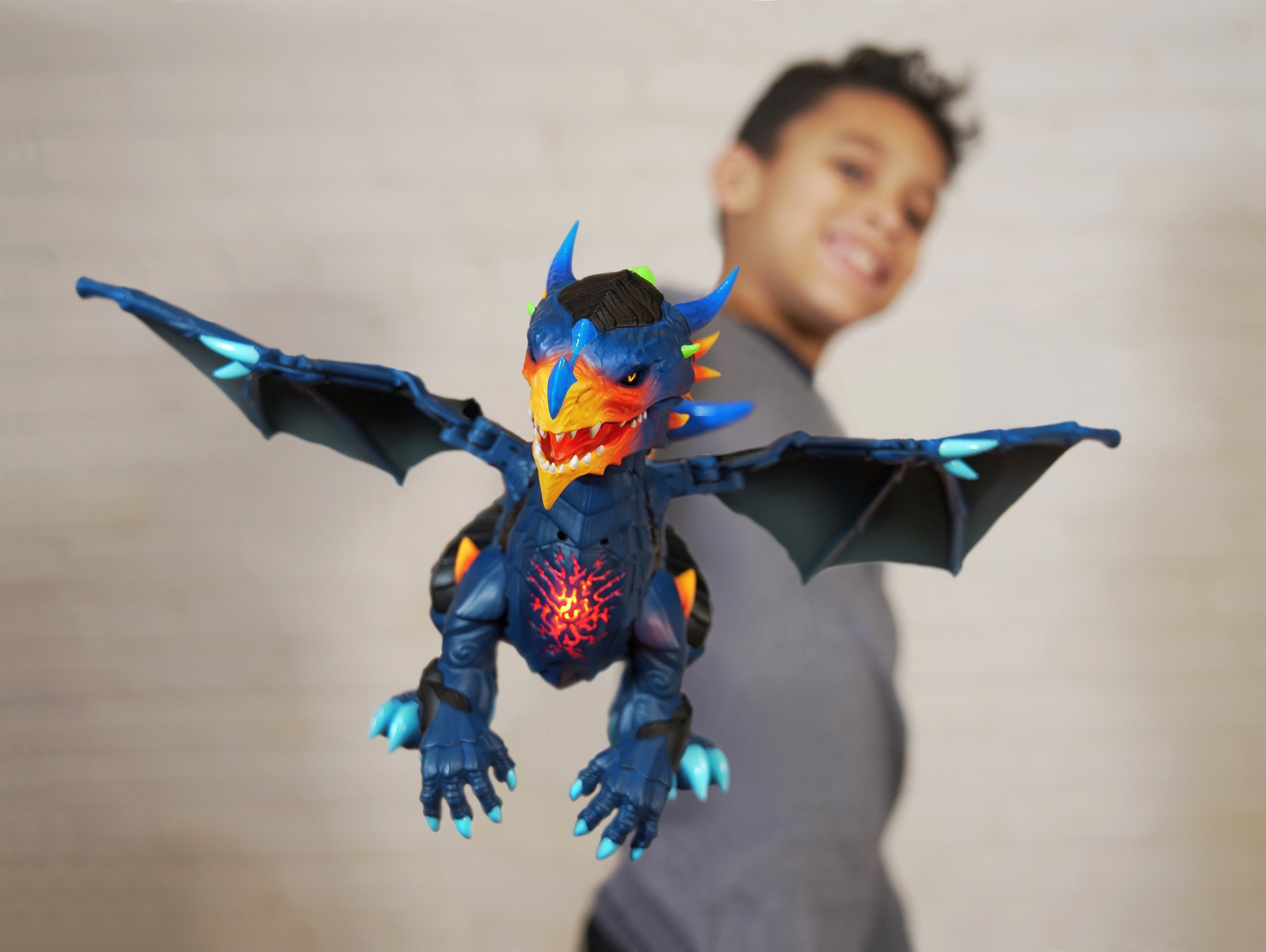 NEW YORK, Feb. 16, 2019 /PRNewswire/ — WowWee, leading manufacturer of innovative consumer entertainment products, will unveil exciting new products and brand extensions at the North American International Toy Fair in New York City from February 16-19, 2019. For the first time, WowWee will debut their new line of interactive pets with Pixie Belles, enchanted creatures that open a magical world for kids to experience through play, and UNTAMED® Legends, a new hero edition Dragon for this ferocious line that’s larger and more interactive than ever before. WowWee will also showcase their hit Pinkfong Baby Shark line, a brand new play pattern for the 2018 Toy of the Year (TOTY) winner Fingerlings, and more, to be unveiled at the Show.

“Seeing the immense success of Fingerlings and the widely-received response to Pinkfong’s ‘Baby Shark’, we are eager to present our exciting new brands at New York Toy Fair,” said Richard Yanofsky, President and co-founder at WowWee. “With the trend of collectibles on the rise coupled with our history of developing and manufacturing technologically creative products for the family, fans of WowWee can anticipate launches beyond their expectations.”

HIGHLIGHTS OF THE WOWWEE 2019 LINE INCLUDE:

Pixie BellesPixie Belles are cute creatures that bring you love, light, and LOTS of fun movements. Empowering a true heart-to-heart connection, you and your Pixie Belles will be inseparable! Bond with your Belles – they let you know their mood based on the color of their horn – or have a dance party – with 6 different dances your Pixie Belles will never miss a beat! To activate spin time, talk out loud or clap your hands and watch your Belles spin on demand. They react to touch, motion, and sound, and include unique interchangeable tails that double as bracelets, keychains, and scrunchies, so you can bring a part of them with you wherever you go!Available August 2019: $14.99/Ages 5+

UNTAMED® Legends DragonThe UNTAMED Legends Dragon is the newest, biggest and baddest species from the UNTAMED world. This intelligent creature scares off anything in its way, with its large, wide-spanning motorized wings. With an ability to be aware of itself in space, its wings flap when you hold and guide it through the air, and spring open when launched forward to attack. This Dragon reacts to touch and motion, and expresses how it feels through sound and light; you’ll hear its ferocious growls, screeches, and roars, and see its LED mood light change color on its chest depending on how you play. Time to get fired up, it’s going to be legendary!Available August 2019: $39.99/Ages 5+

Fingerlings® NarwhalsThese adorable unicorns of the sea have many new ways to play. Have your Narwhal surf air waves, while sitting atop your finger, with new magic motion sensors. These Narwhals have a special mood horn that will light up different colors in reaction to interaction. When you pet them, Narwhals will flap their tails and blink their eyes to tell you how they’re feeling. The Narwhals will also give you Magical Kisses that get bigger and louder the longer you press their faces to your cheek.Available March 2019: $14.99/Ages 5+

UNTAMED® Mad Lab MinisBeware of UNTAMED Mad Lab Minis, miniature hybrid creatures created from UNTAMED DNA. Unveil your DNA samples, extract them from the Geoslime, Biosand, or Terraclay, then classify your new creature! Will you unleash a Raptor, T-Rex, Allosaurus, Spinosaurus, Sabre-tooth Tiger, Dire-wolf, Bear, Polar Bear, Gorilla, or Skeleton? Mix and match their heads and bodies to create unique hybrid characters, such as a Wolfasaurus Rex or Saber-tooth Bear! This spring, your UNTAMED Mad Lab Minis will also be compatible with the UNTAMED Battle ARena app, winner of a 2019 KAPi Award.Available March 2019: $4.99/Ages 5+

ButtheadsMeet the Buttheads: Grim Ripper, Tushi, Robutt, and Brainfart. A Ghastly Group who love to let it rip. 3 different ways to play, pull their finger for a gross surprise, prank your friends and family, and battle your friends to a stinky duel! These Buttheads compete cheek-to-cheek across a range of disciplines including Stank Score, Loudness and Staying Power. Who will take home the coveted Super Roll trophy? Pull their fingers and find out! These Cheeky Champions are out to Raise a Stink!Available Now: $9.99/Ages 5+

S.W.A.K.™ (Sealed with a Kiss)Introducing S.W.A.K. (Sealed with a Kiss) from WowWee, the kissable keychain that makes it easy to give—and get—a little more MWAH! Each S.W.A.K. comes with KissTech™: a unique sensor technology that detects your cheek and gives you a kiss. The longer you hold it the longer it lasts. With 12 custom designs and kiss sounds, there’s a lot of love to go, and gift, around! Every S.W.A.K. comes with a collectible postcard, sticker, and removable keychain. With a slot located at the top, your S.W.A.K. is also a fun way to display your favorite pictures or cards.Available Now: $5.97 – $12.00/Ages 5+

In addition to the upcoming 2019 brand launches, several of WowWee’s legacy items will be on display. New Fingerlings’ characters, such as foxes and elephants, Fingerlings Minis, UNTAMED, Fingerlings HUGS, Chippies, Alive Cubs, What’s That Smell™ as well as other previous hit releases. Booth 479.