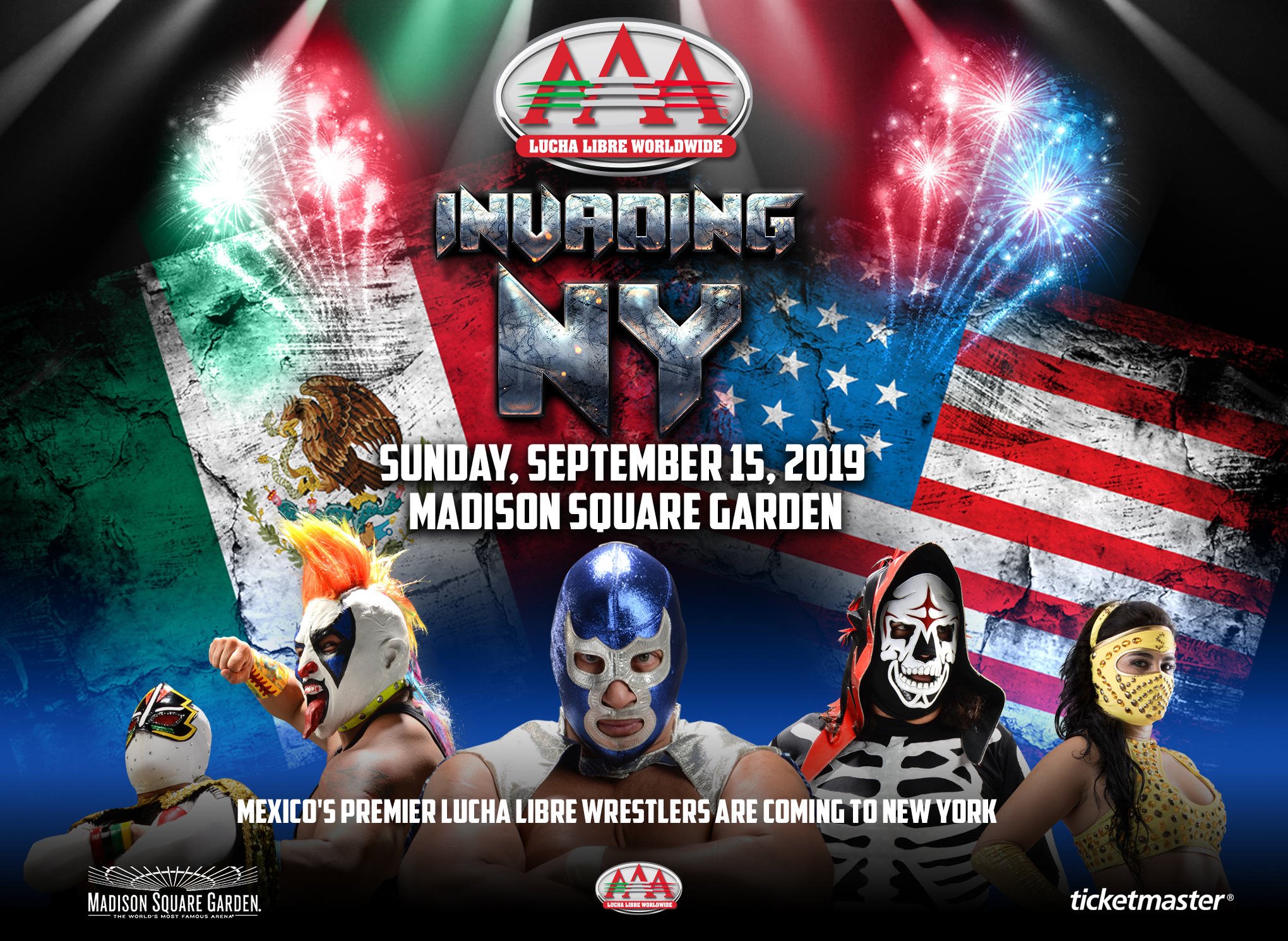 This will be the first time that Lucha Libre AAA presents an event of this magnitude in the main arena at Madison Square Garden. Tickets go on sale on another noteworthy date for the Mexican community, May 5th, “Cinco de Mayo.”

The date of the September 15th event is expected to attract an audience of Lucha Libre AAA fans from New York’s Mexican and Hispanic communities, as well as the area’s die-hard pro wrestling fans. Dorian Roldán, Managing Director of Lucha Libre AAA Worldwide said, “The timing of the event on September 15th is very important for everyone of Mexican heritage. It is the eve of Mexican Independence Day and is also recognized in the U.S. as the ‘unofficial’ kick-off of Hispanic Heritage promotions. We anticipate that all of New York’s diverse Hispanic community will join us at Madison Square Garden to enjoy this truly-Mexican spectacle in New York’s most iconic sports venue.”

Roldán added, “Our firm is going through a very important moment of globalization, that has allowed us to place Mexican lucha libre and its wrestlers, known as luchadores, at a new level. Lucha libre is a sport and a performance that offers the opportunity for families and fans of all social levels to gather together and surrender in front of the mysticism and dedication of the wrestlers, anywhere in the world”.

The pro-wrestling event will feature the spectacle that loyal Lucha Libre AAA fans are accustomed to experiencing, and are representative of this famous brand, including the colorful aspect of the wrestlers’ masks and outfits, and the dramatic, exciting matches in the ring. Roldan continued, “The entire experience will transport attendees to Mexico, in a flash. Whether Latino, Mexican or American, all fans will enjoy the richness of Mexico’s culture, with a bit of nostalgia, in the midst of New York City.”

The full roster of wrestlers who are confirmed to appear will be released at a later date.