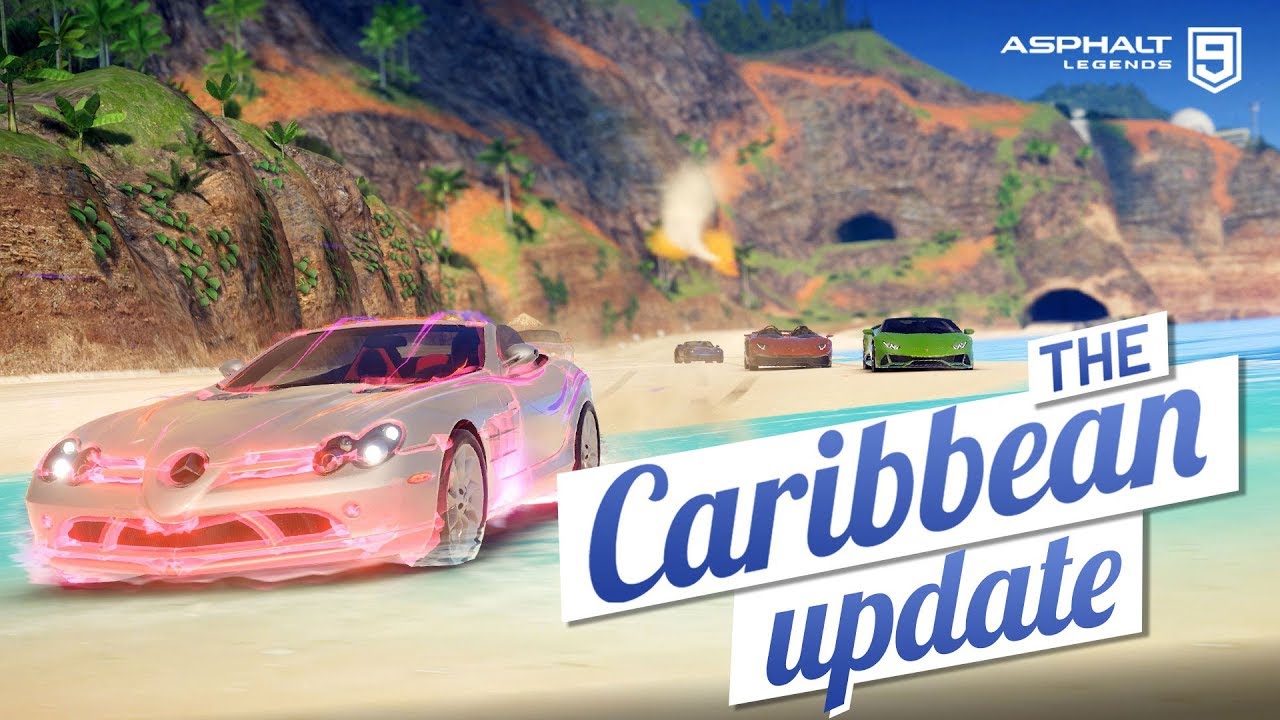 Designed as a tribute to the most beautiful islands of our planet, the Caribbean location faithfully recreates the joy of an exotic holiday escape.

To make the most of this new track location, we’re adding 2 new open-top cars to the game:

On top of that, we’ve added an option in the game garage so you can now open the top of our other convertible cars and keep them converted during the races.

Our Multiplayer system is being upgraded so as to be able to host more than one Multiplayer season at a time.

This means that with each upcoming client update, we will be able to add branded/sponsored multiplayer series.

Asphalt 9: Legends’ most exclusive hyper car, the Terzo Millennio will finally be unlockable as part of a 25-Day special event.