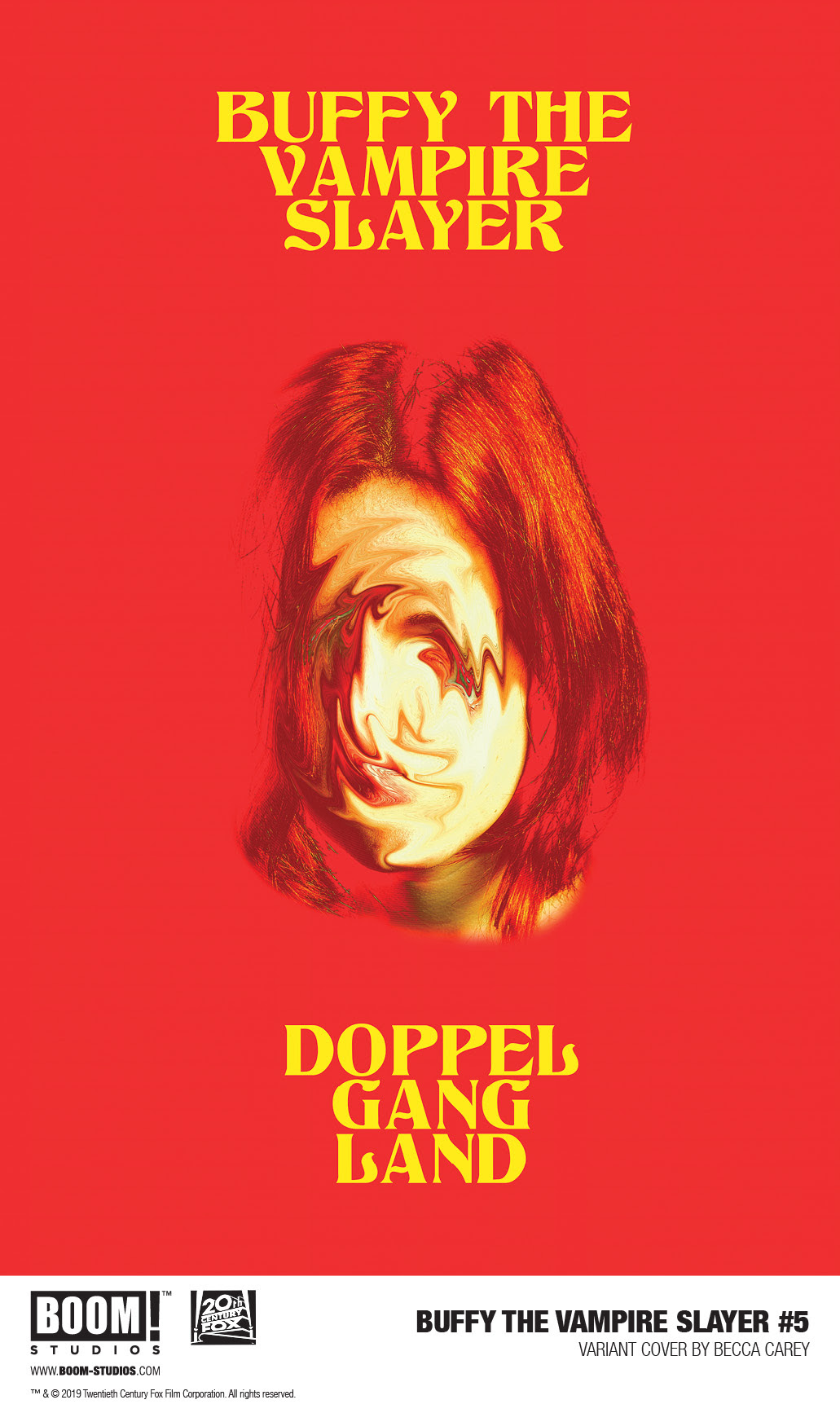 BOOM! Studios today, in partnership with 20th Century Fox Consumer Products, unveiled the BUFFY THE VAMPIRE SLAYER #5 cover by artist Becca Carey, featuring an homage to the popular third season episode of Buffy the Vampire Slayer, Dopppelgangland. This game-changing issue of the hotly anticipated series will debut in stores June 5, 2019, with a heart wrenching mission that Buffy must complete at all costs in order to save her friend.

The reimagining of Joss Whedon’s groundbreaking hit pop culture series kicks off a brand new story arc as Team Slayer deals with the devastating consequences of Xander becoming a vampire. Buffy and the Scooby Gang have lost one of their own to Team Vamp but what if there’s a way to get their friend back? The Slayer will walk the line between responsibility and rampage as she searches for anything that’ll bring back her friend, balancing her quest with her duties as the Slayer without losing anyone else in the process. What do you do when your entire purpose is killing vampires and your friend just turned into one?

Print copies of BUFFY THE VAMPIRE SLAYER #5 will be available for sale on June 5, 2019 exclusively at local comic book shops (use comicshoplocator.com to find the nearest one) or at the BOOM! Studios webstore. Digital copies can be purchased from content providers, including comiXology, iBooks, Google Play, and the BOOM! Studios app.

For continuing news on BUFFY THE VAMPIRE SLAYER comic books, graphic novels and more from BOOM! Studios, stay tuned to www.boom-studios.com and follow@boomstudios on Twitter. And follow Buffy the Vampi