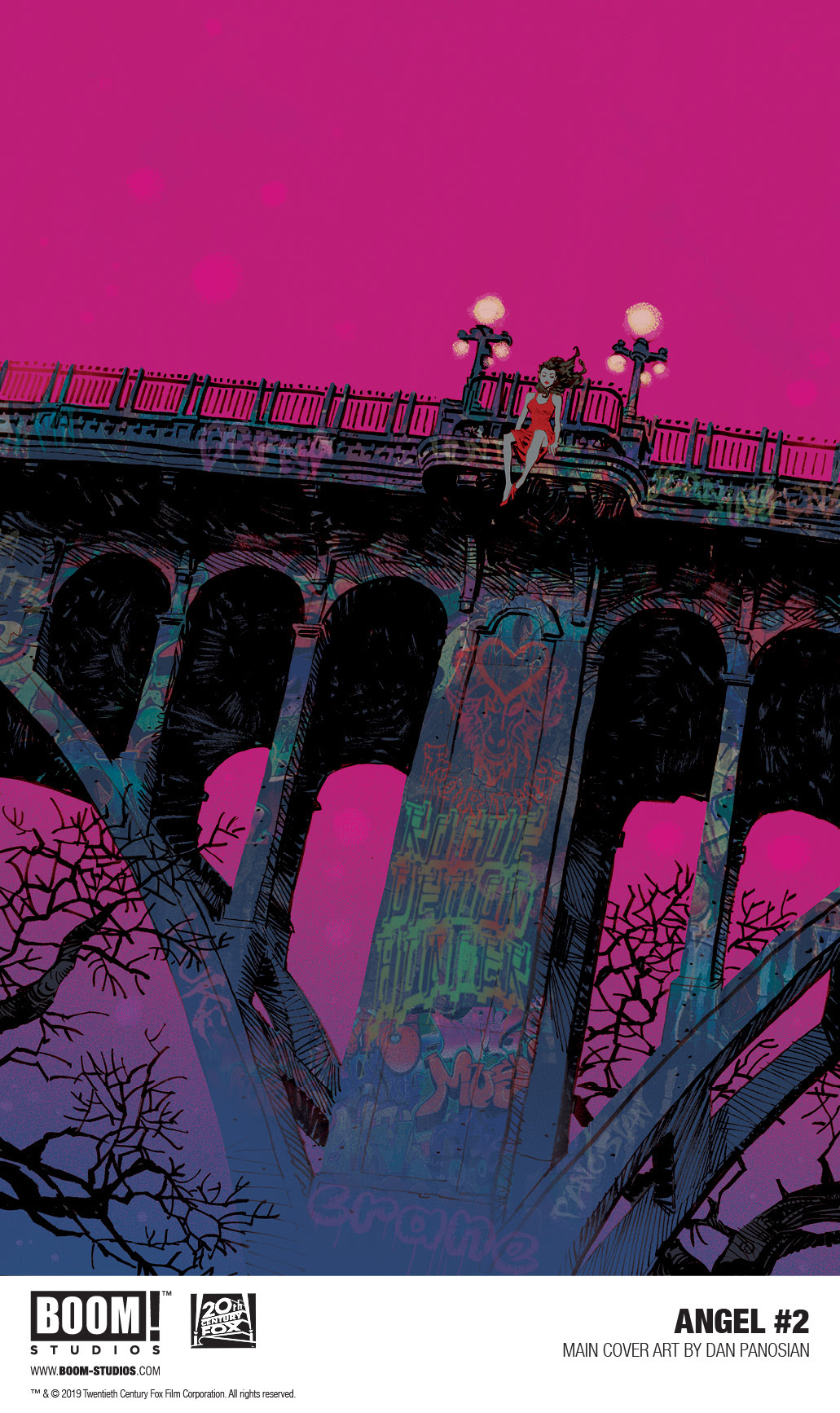 ANGEL #2 features the first appearance of fan favorite character Winifred “Fred” Burkle, a math and science prodigy whose mysterious link to the demonic world connects her to the supernatural monster hunting her every step and Angel’s search for his humanity. Angel, the vampire with a soul, has been walking the streets of Los Angeles for years, neither human nor vampire but surviving in the shadows of both worlds. After losing his protege to a demon, Angel has decided to find a way to finally return himself to his human form so that he can escape the guilt of his past, dark actions as the murderous Angelus.

The search for a solution to his cursed, tormented existence has led Angel to a sleepy little town in California known as Sunnydale. But as soon as he arrives and begins stalking the shadows to find a way to restore his humanity, a monstrous new threat emerges to hunt down and torture teens all across town. Now Angel’s got two missions on his hands. But will tracking down this new monster mean he loses the chance to become human forever? And what happens when he runs into the demon’s latest prey, a troubled young woman named Winifred Burkle?

This issue has a main cover by artist Dan Panosian (Slots, Batman: Arkham Knight) and a variant cover by illustrator Scott Buoncristiano (Buffy the Vampire Slayer) featuring Krevlornswath of the Deathwok Clan aka “Lorne” the musically inclined demon from another dimension, introduced in the Angel season one episode “Judgment.”

Created by visionary writer and director Joss Whedon (Marvel’s The Avengers film franchise), Angel premiered on the WB Network on October 5th, 1999 and was a spin-off from Buffy The Vampire Slayer. The series ran for five seasons from 1999-2004, starring David Boreanaz as “Angel,” the tortured vampire destined to walk the earth with a soul who moved to LA to set up shop as a supernatural private investigator. Despite Angel’s best efforts to deal with the sins of his past all by himself, Angel Investigations soon became home to other lost souls searching for redemption and willing to fight by his side.

Print copies of ANGEL #2 will be available for sale on June 26, 2019 exclusively at local comic book shops (use comicshoplocator.com to find the nearest one). Digital copies can be purchased from content providers, including comiXology, iBooks, Google Play, and the BOOM! Studios app. Print copies of the surprise drop ANGEL #0 are available now exclusively in comic book shops everywhere. 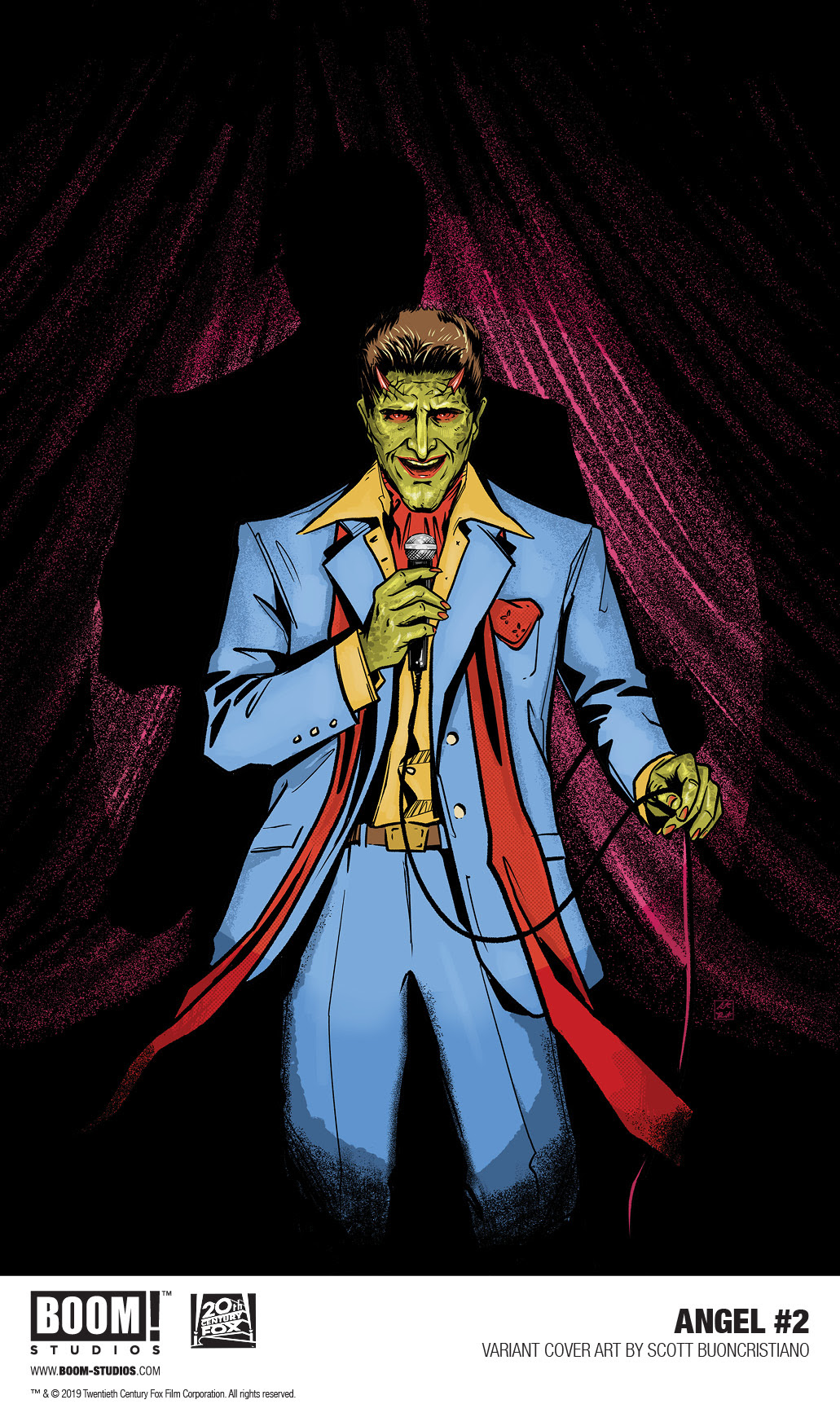