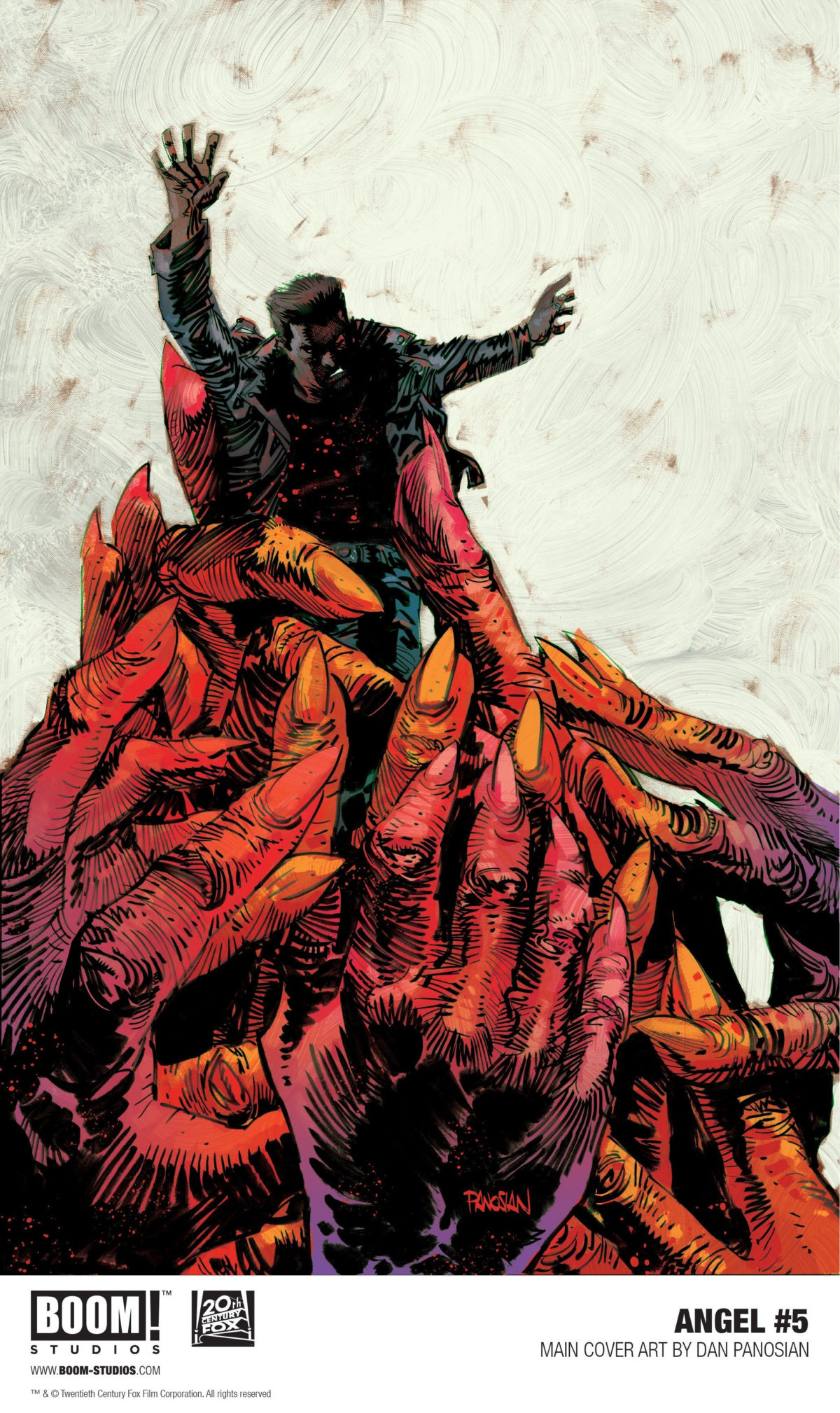 Discover the Shocking Prelude to HELLMOUTH in September 2019

The road to Hellmouth begins in September 2019 from acclaimed writer Bryan Edward Hill (American Carnage, Batman & The Outsiders) and artist Gleb Melnikov, as ANGEL #5 reveals that Angel now knows his true mission—to make sure the Hellmouth stays sealed! He’ll stop anyone who gets in his way, be it friend or foe, vampire…or Slayer.

“Everything in Buffy the Vampire Slayer and Angel has been leading to Hellmouth, the first major comic book event featuring Buffy and Angel. But ANGEL #5 is where the pieces all start coming together,” said Jeanine Schaefer, Executive Editor, BOOM! Studios. “We’re excited for fans to see just how far we’ll go in this reimagining of two huge pop culture icons—because when Buffy and Angel finally meet, it’s not going to go the way you expect!”

Created by visionary writer and director Joss Whedon (Marvel’s The Avengers film franchise), Angel premiered on the WB Network on October 5th, 1999 and was a spin-off from Buffy the Vampire Slayer. The series ran for five seasons from 1999–2004, starring David Boreanaz as Angel, the tortured vampire destined to walk the earth with a soul who moved to LA to set up shop as a supernatural private investigator. Despite Angel’s best efforts to deal with the sins of his past all by himself, Angel Investigations soon became home to other lost souls searching for redemption and willing to fight by his side.

Print copies of ANGEL #5 will be available for sale on September 25, 2019 exclusively at local comic book shops (use comicshoplocator.com to find the nearest one) or at the BOOM! Studios webstore. Digital copies can be purchased from content providers, including comiXology, iBooks, Google Play, and the BOOM! Studios app. 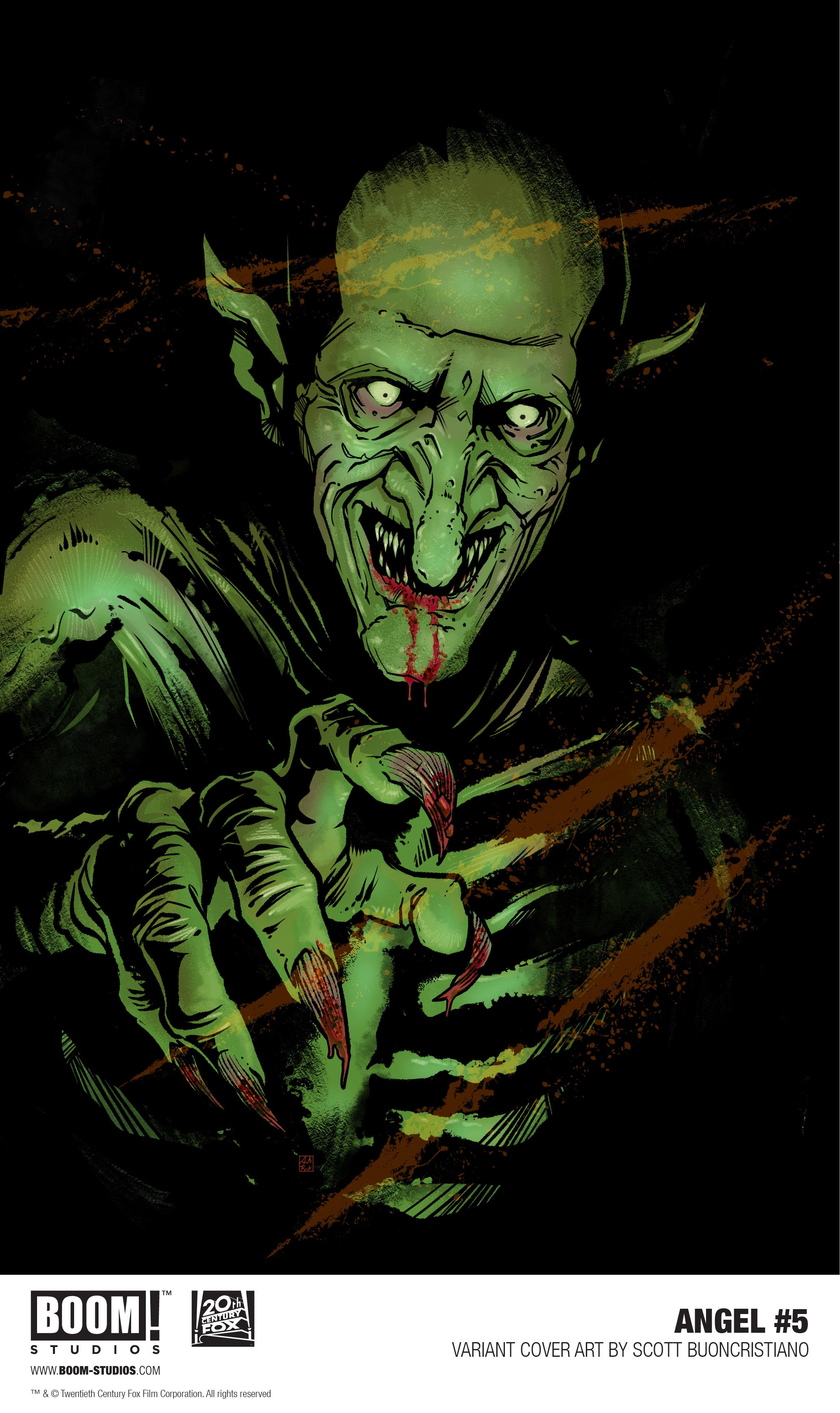 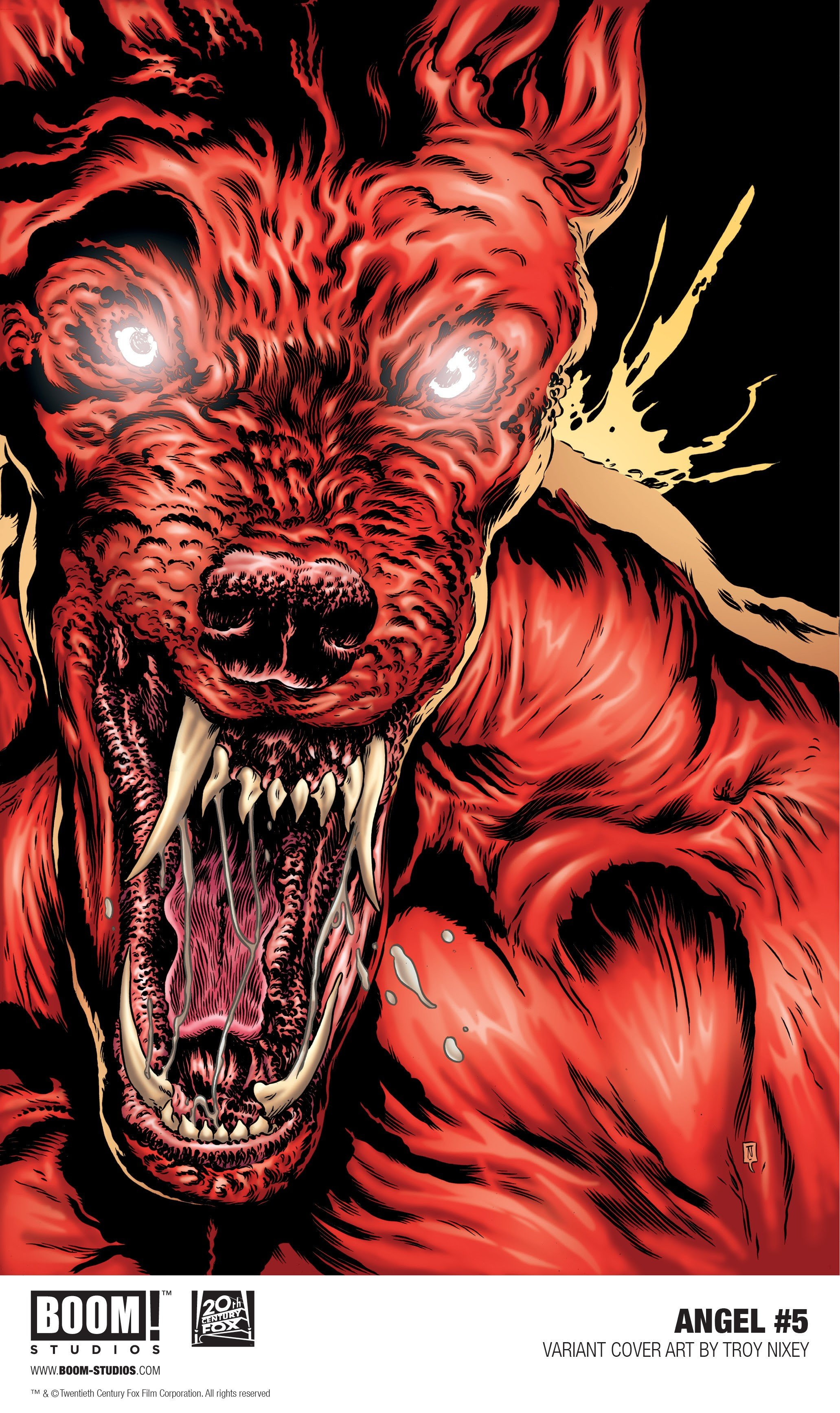