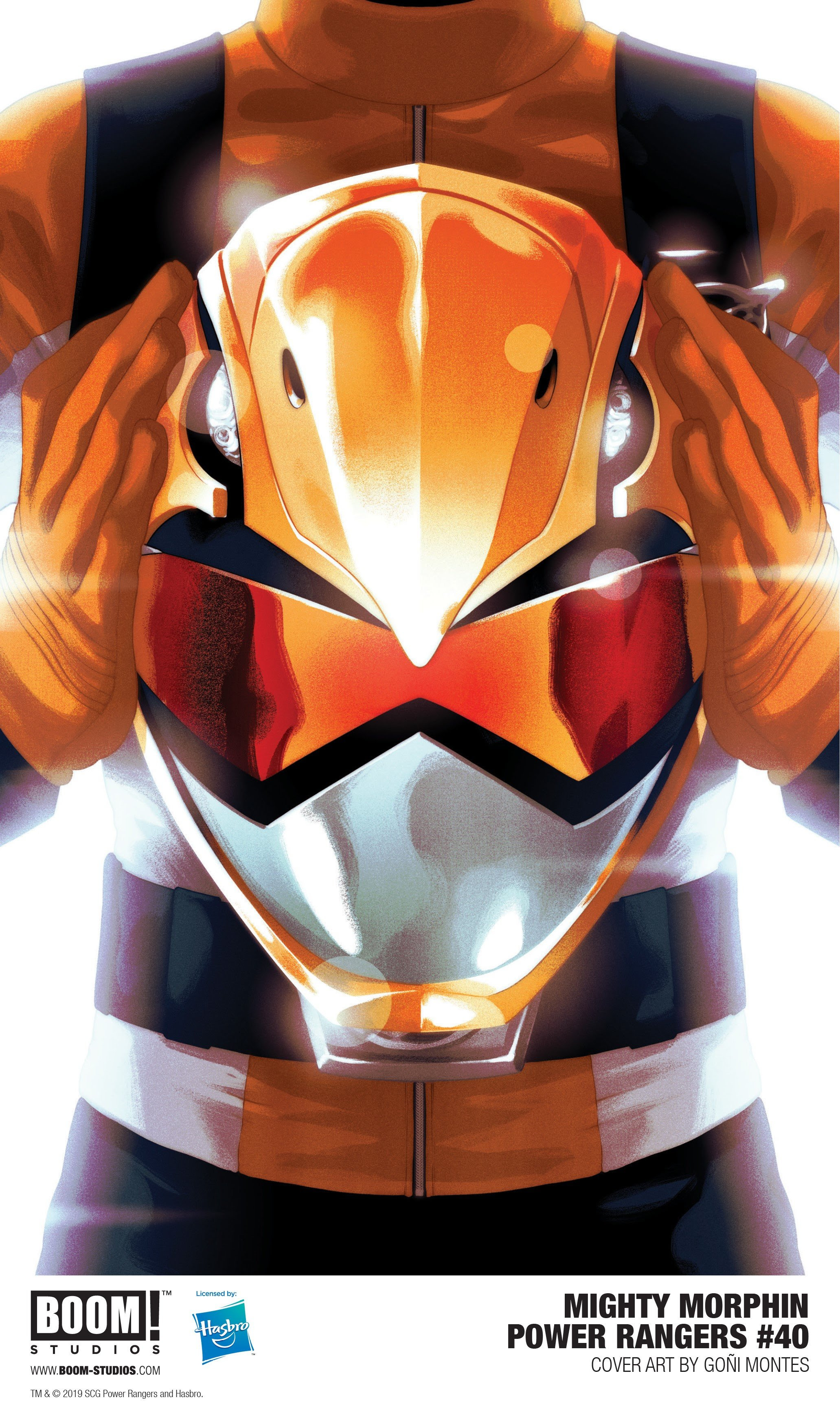 The Beast Morphers Orange Ranger is inspired by Tyler, an 8-year old boy from New Jersey, whose greatest wish is to be an Orange Power Ranger so he can make the world a safer place for everyone. This special edition cover celebrates Tyler’s wish that came true at the Annual Make-A-Wish New Jersey Gala on June 13.

Twenty percent of the sale price from every copy of this MIGHTY MORPHIN POWER RANGERS #40 special edition variant cover will go directly to Make-A-Wish to grant more life-changing wishes for children with critical illnesses. The special edition will be exclusively available for sale at Comic-Con at the BOOM! Studios booth (#2229).

The Power Rangers franchise is one of the longest running kids’ live-action series in television history, airing in 150 markets around the world and translated into numerous languages. Power Rangers Beast Morphers currently airs on Nickelodeon in the U.S.