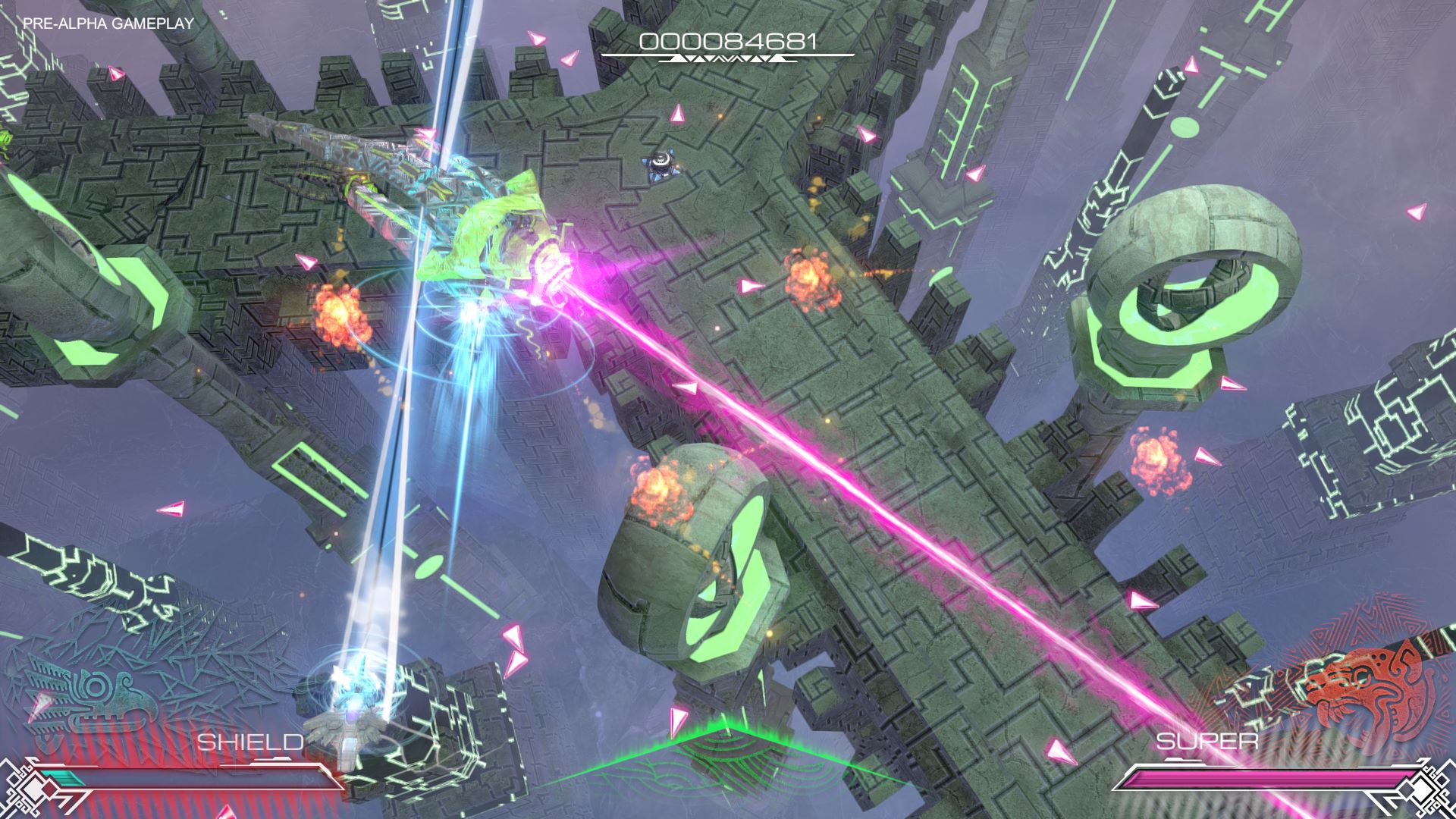 Manufacture 43, a French Indie developer, is delighted to present the release trailer and more detailed information for Pawarumi, the intense, challenging and fast-paced shooter,  that will be arriving on Nintendo Switch™ and Microsoft Xbox on 24th July 2019. Pawarumi is available to pre-purchase from the Nintendo eShop (later today) and Microsoft Store (Xbox One) now.

The background story is quite dark. It’s about how Axo – you – the pilot of Chukaru, destroyed every Earth defence while being controlled by an alien entity. The first four levels of the game are actually flashbacks, the last level is your revenge!

Pawarumi, best described as Rock-Paper-Scissors with lasers, is a shoot’em up set in a futuristic, yet pre-Columbian, inspired universe.  The sense of accomplishment in reaching the best ending for the game is just a fraction of what is presented, all of which is set in a 3D world with stunning music and sound to heighten the atmospherics.

The player has only one life in the game, and your shield will reduce strength by a third every time you are hit. Pawarumi features a powerful mechanic called the Trinity. The three basic weapons are controlled by coloured divinities – Condor (laser) is blue, Serpent (Gatling gun) is green and Jaguar (missiles) is red. Enemies you face are powered by the same divinities, and by targeting with the same as them, or different colour, you trigger one of the three bonuses of the Trinity – Boost, Drain or Crush. But be warned, there are both positive and negative consequences.

Shooting with a weapon of a different colour than the enemy will either Drain or Crush. Drain transform enemies’ pain into energy that charges Super Attack. Crush multiplies the damage you deal to enemies by a factor of 1.5.

Daniel Borges, Manufacture 43, “There are no boosts, ammo, extras or anything. We kept what’s essential in a shoot’em up – shooting, dodging, blowing stuff up – and added our own “trinity” mechanic instead. This very simple directive really works resulting in hand-eye blasting coordination of the highest level!”

“The Nintendo Switch™ version of Pawarumi includes a very special feature, the Joyful Ship! With this enabled, the game actually recognises what colour Joy-Con™ is connected to the console and colours the players’ ship accordingly – we’ve seen some unique and amazing colour combinations!”

Features both unique and standard:

Based in Bordeaux, France, Manufacture 43 is an indie developer on a mission. Largely self-funded but with notable support from the Centre National du Cinéma, the Région Nouvelle-Aquitaine and a successful Kickstarter Campaign, the team are concentrating on developing Pawarumi for Xbox One and Nintendo Switch™.