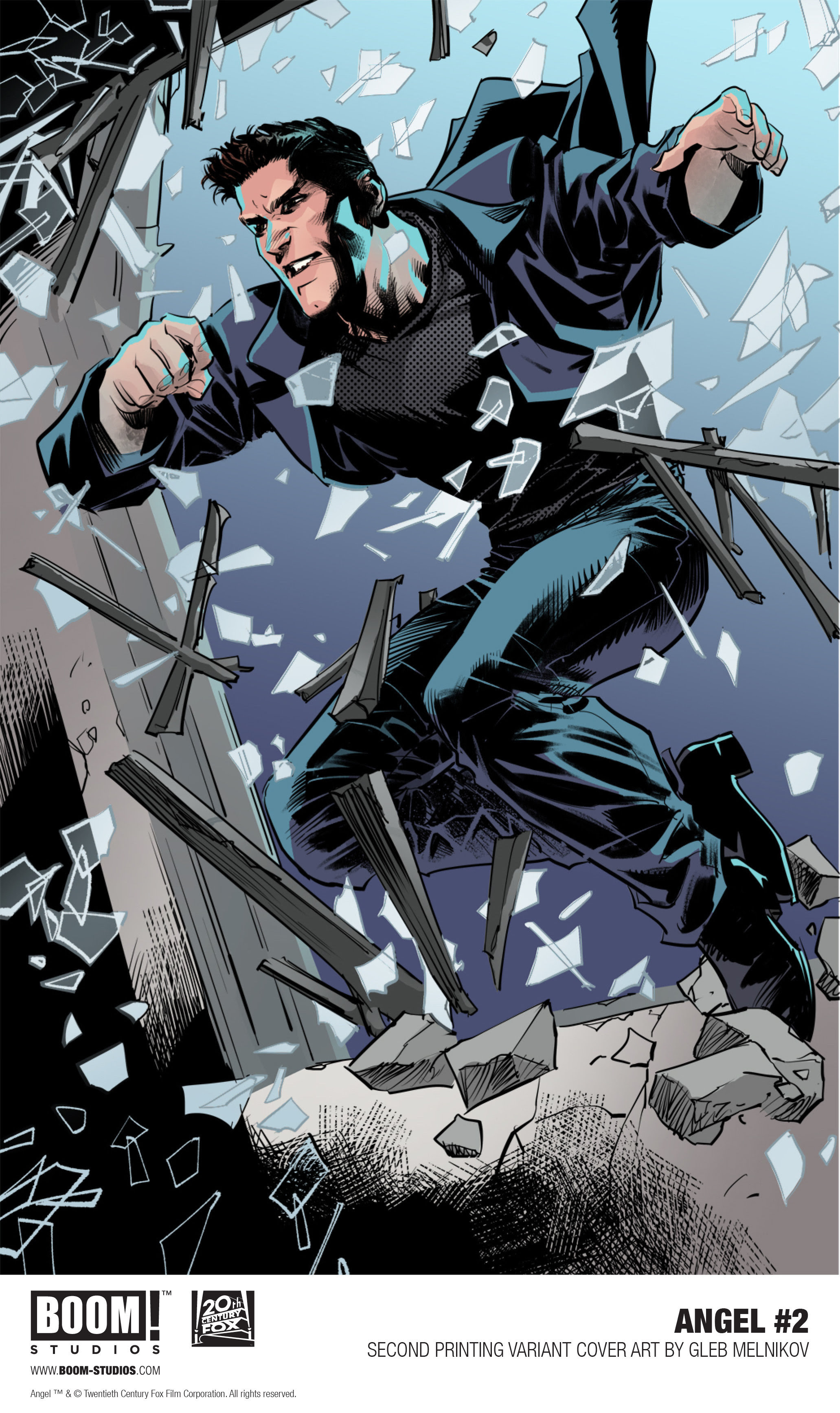 “Angel fans are in for a hell of a ride.”—ComicBook.com

BOOM! Studios, in partnership with 20th Century Fox Consumer Products, announced today that ANGEL #2, reimagining the pop culture phenomenon,, has sold out! To meet this overwhelming demand, ANGEL #2 SECOND PRINTING will arrive in stores on August 7, 2019 with a stunning new cover by series artist Gleb Melnikov.

Featuring the first appearance of fan-favorite character Winifred “Fred” Burkle, ANGEL #2 puts the brooding vampire with a soul against an all new enemy. Acclaimed comic book and television writer Bryan Edward Hill (American Carnage, Titans) and artist Gleb Melnikov, along with series creator and story consultant Joss Whedon (the visionary writer/director behind Firefly, Marvel’s The Avengers, and more), send Angel deeper into the dark, monstrous underbelly of the Slayer’s hometown, Sunnydale, and headed straight for disaster in the historic Buffy and Angel event, HELLMOUTH.

Created by visionary writer and director Joss Whedon (Marvel’s The Avengers film franchise), Angel premiered on the WB Network on October 5th, 1999 and was a spin-off from Buffy the Vampire Slayer. The series ran for five seasons from 1999–2004, starring David Boreanaz as Angel, the tortured vampire destined to walk the earth with a soul who moved to LA to set up shop as a supernatural private investigator. Despite Angel’s best efforts to deal with the sins of his past all by himself, Angel Investigations soon became home to other lost souls searching for redemption and willing to fight by his side.

ANGEL #2 SECOND PRINTING is available exclusively in comic shops (use comicshoplocator.com to find the nearest one) on August 7, 2019.