Created by visionary writer Frank Herbert, Dune debuted in 1965, has sold millions of copies and is arguably the most admired science fiction novel of all time. After winning the Hugo Award and inaugural Nebula Award, Dune inspired a best-selling novel series and led to multiple live-action adaptations, including the upcoming feature film from Legendary Pictures. The influence of Dune extends well beyond the world of entertainment, with an incalculable influence on modern scientific thinking about politics, religion, outer space, environmentalism and more.

The DUNE: HOUSE ATREIDES limited series is published in coordination with Abrams ComicArts, who will release a graphic novel trilogy adapting Frank Herbert’s original novel Dune, with volume one published on November 24, 2020. The Dune graphic novels from ComicArts are also adapted and scripted by Brian Herbert and Kevin J. Anderson, and will be illustrated by Raúl Allén and Patricia Martín, and feature covers by Bill Sienkiewicz.

Print copies of DUNE: HOUSE ATREIDES #4 will be available on January 27, 2021 at local comic book shops (use comicshoplocator.com to find the nearest one), or at the BOOM! Studios webstore. Digital copies can be purchased from content providers like comiXology, iBooks, Google Play, and Madefire.

For continuing news on the DUNE: HOUSE ATREIDES comic books from BOOM! Studios, stay tuned to www.boom-studios.com and follow @boomstudios on Twitter. 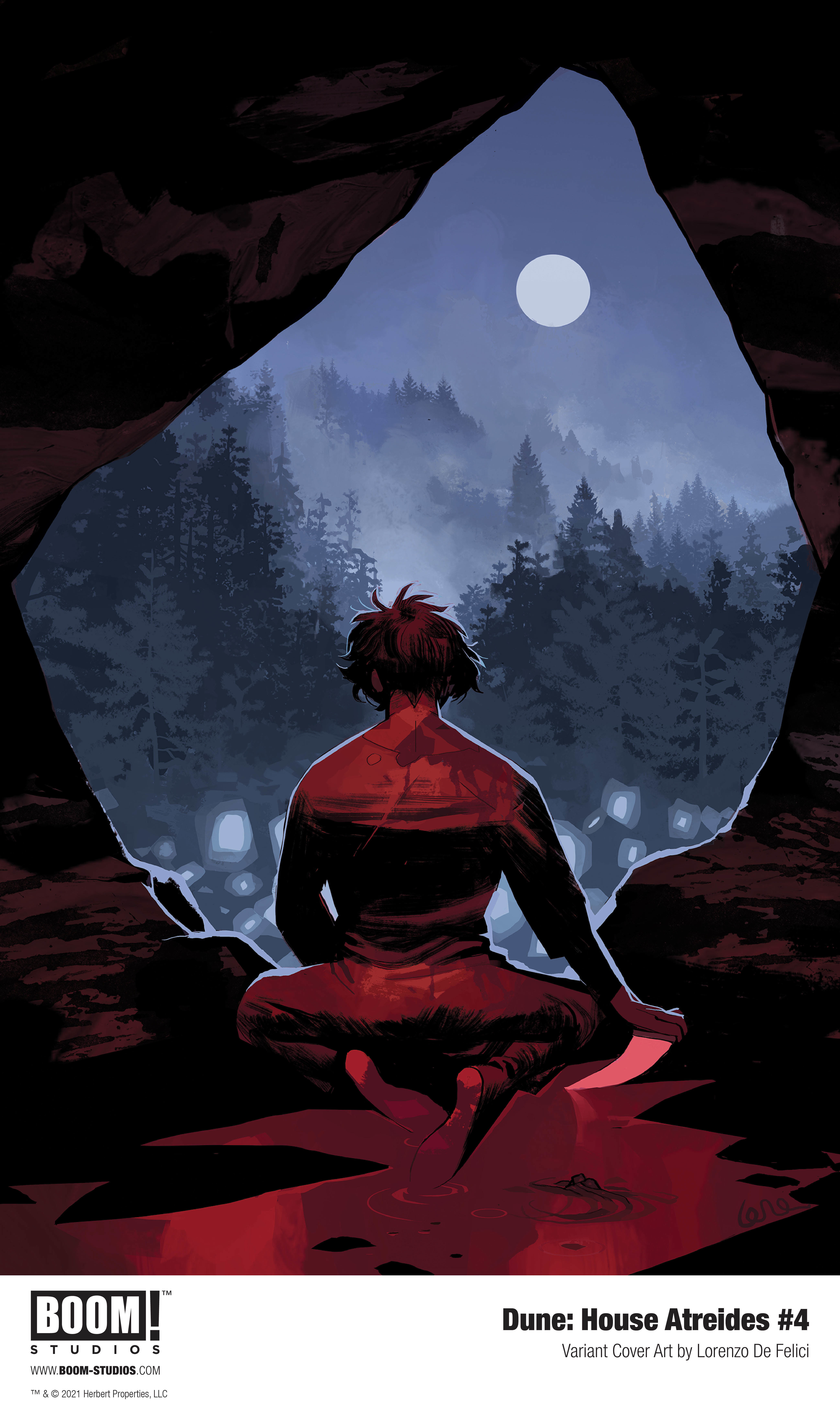 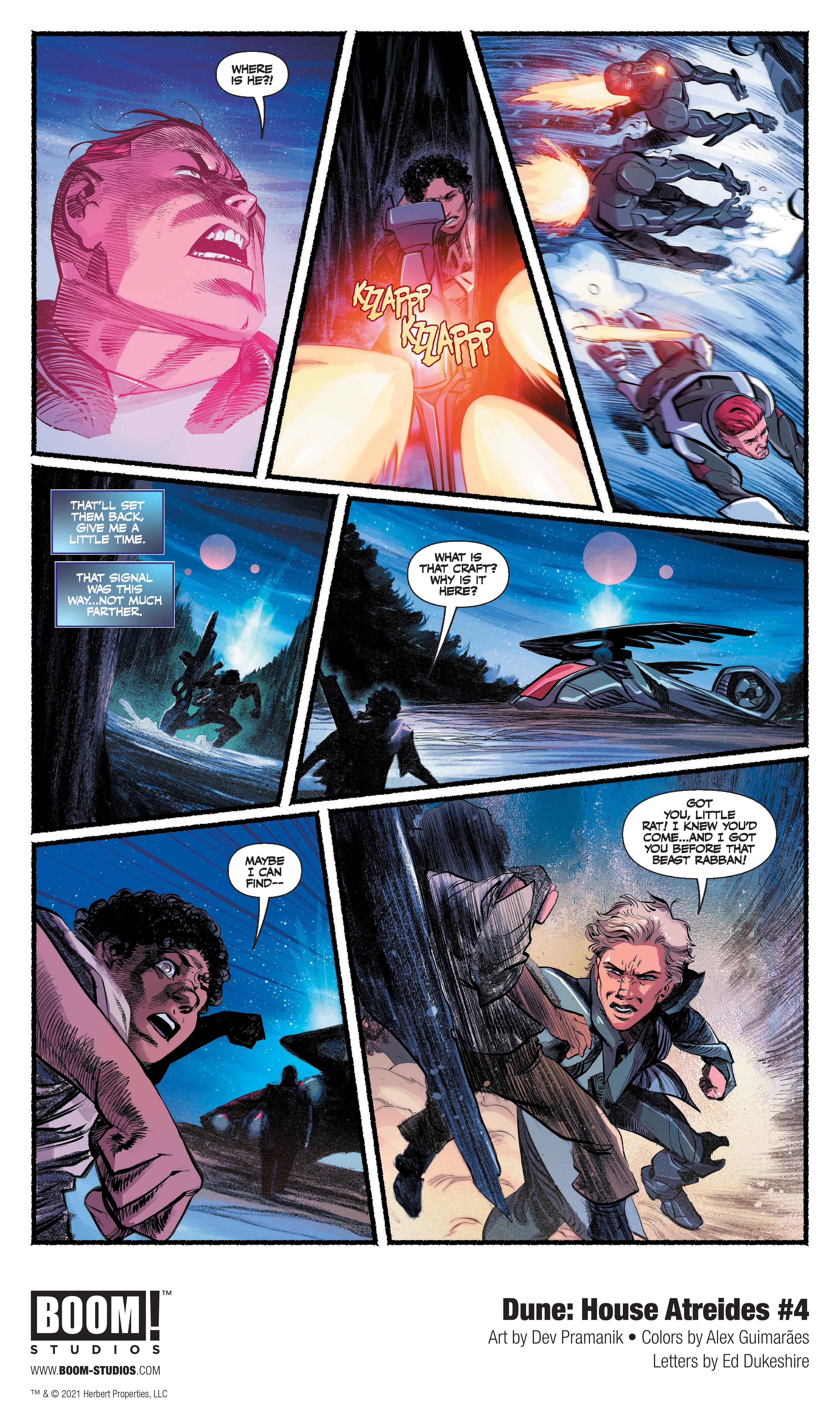 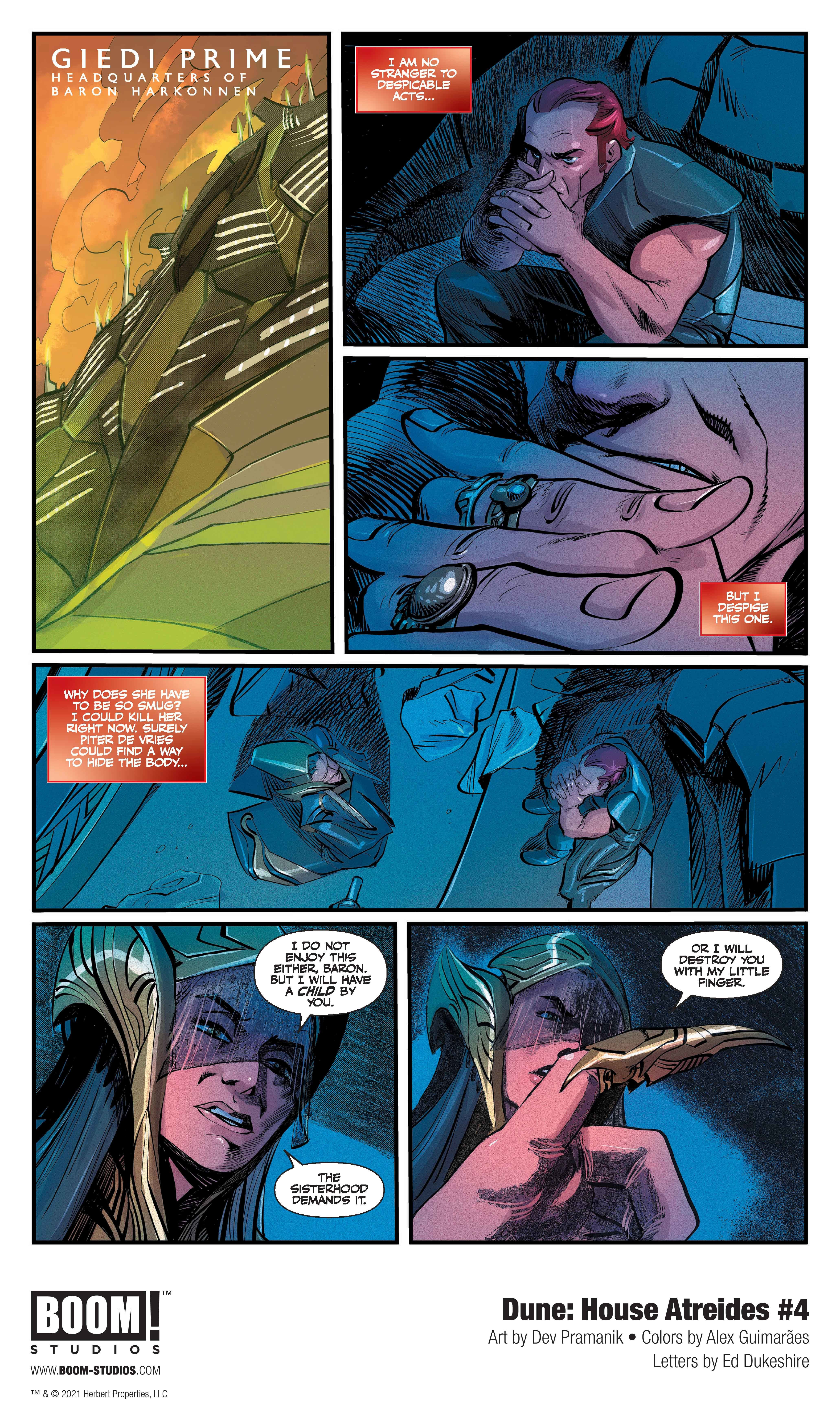 About BOOM! Studios
BOOM! Studios was founded by Ross Richie in 2005 with the singular focus of creating world-class comic book and graphic novel storytelling for all audiences. Through the development of four distinct imprints—BOOM! Studios, BOOM! Box, KaBOOM!, and Archaia—BOOM! has produced award-winning original work, including Lumberjanes, Once & Future, Something is Killing The Children, Giant Days, and Mouse Guard, while also breaking new ground with established licenses such as Buffy The Vampire Slayer, Firefly, WWE, Mighty Morphin Power Rangers, Cartoon Network, and The Jim Henson Company properties. BOOM! will also bring their original series to life through unique first-look relationships with 20th Television and with Netflix for TV. Please visit www.boom-studios.com for more information.