BOOM! Studios, under license by Hasbro, Inc. (NASDAQ: HAS), is excited to announce the milestone Mighty Morphin Power Rangers event CHARGE TO 100, leading up to the historic 100th issue of the bestselling comic book series based on the global pop culture phenomenon. The celebratory event begins in April 2022 with MIGHTY MORPHIN #18 (Legacy #90) from writer Mat Groom (Ultraman) and artist Moisés Hidalgo (Dark Blood) and POWER RANGERS #18 (Legacy #91) from Ryan Parrott (Mighty Morphin Power Rangers/TMNT) and Marco Renna, then continues in both the ongoing Mighty Morphin and Power Rangers series until it reaches its epic conclusion with a very special 100th issue in September 2022.

CELEBRATE 100 MORPHINOMINAL ISSUES! The epic Mighty Morphin Power Rangers comic book event CHARGE TO 100 will unfold in the upcoming issues of Mighty Morphin and Power Rangers, along with special one-shots, as the Power Rangers and Omega Rangers join forces with some familiar galactic faces to battle a terrifying new cosmic threat that’s rising from the depths to threaten every living thing in existence . . .

Print copies of Mighty Morphin #18 and Power Rangers #18 will be available for sale in April 2022 at local comic book shops (use comicshoplocator.com to find the one nearest you) or at the BOOM! Studios webstore. Digital copies can be purchased from content providers like comiXology, iBooks, Google Play, and Kindle.

Fans can also look out for more exciting opportunities to celebrate this milestone in the Power Rangers fandom in the coming months. For continuing news on POWER RANGERS: CHARGE TO 100 and more from BOOM! Studios, stay tuned to boom-studios.com and follow @boomstudios on Twitter. 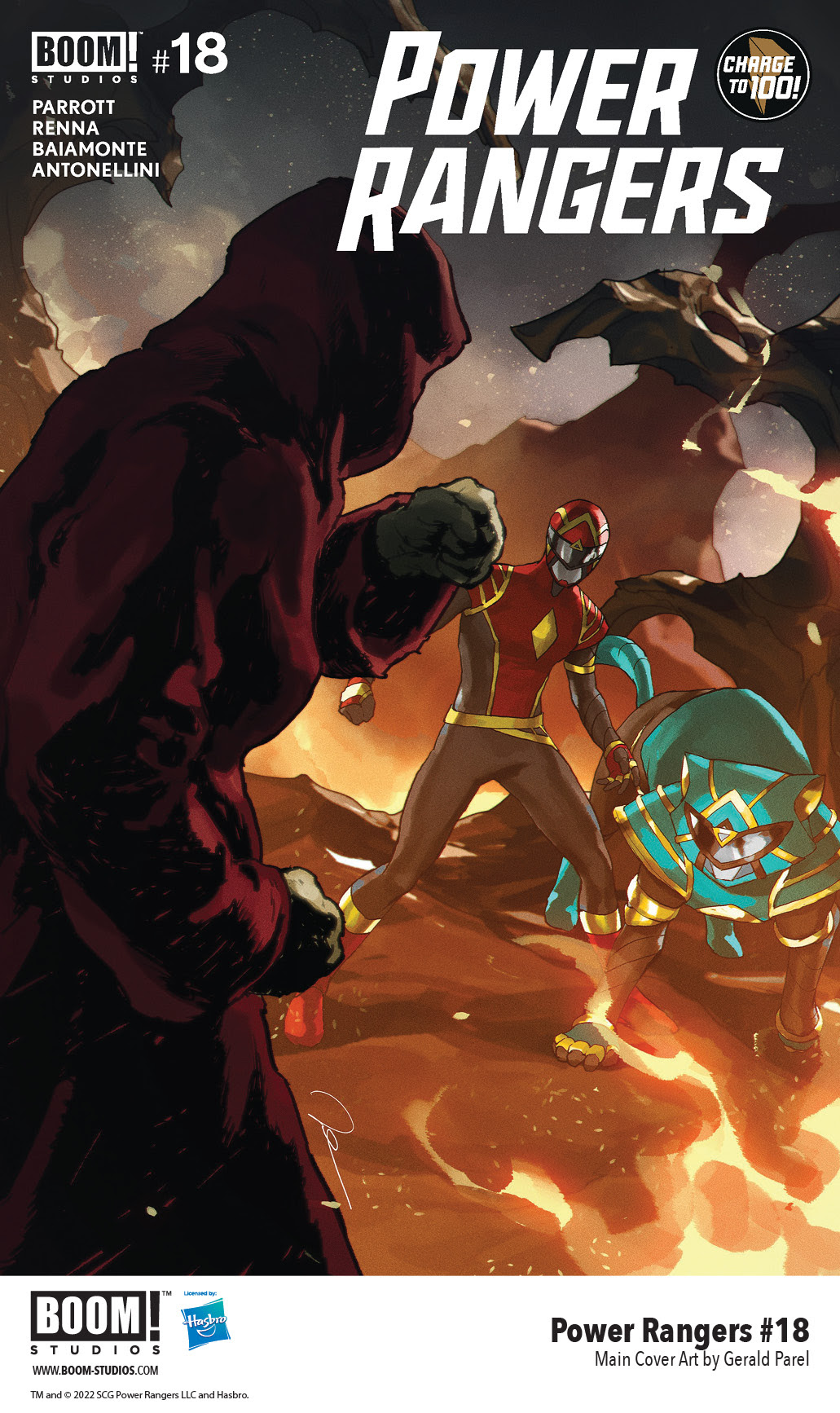