BOOM! Studios revealed a first look at ORCS!: THE CURSE #2, the second issue of an all-new original four-issue comic book series by cartoonist Christine Larsen (Adventure Time, By Night) and colorist Gonçalo Lopes (Adventure Time), spinning a new adventure in the world of the beloved misfit ORCS!, with some familiar faces and a brand new set of characters who could turn out to be the greatest friends—or foes—you’ll ever encounter, available in July 2022.

The last thing any Wizard should do is interrupt an Orcish dance party! However, even a ruined party is no match for a good prank. But no Wizard is complete without magical mayhem, and a murder of crows to carry out his revenge…

Print copies of ORCS!: THE CURSE #2 will be available for sale on July 27, 2022 at local comic book shops (use comicshoplocator.com to find the nearest one) or at the BOOM! Studios webstore. Digital copies can be purchased from content providers, including comiXology, iBooks, Google Play, and Kindle.

For more on ORCS! and other projects from BOOM! Studios, stay tuned to boom-studios.com and follow @boomstudios on Twitter. 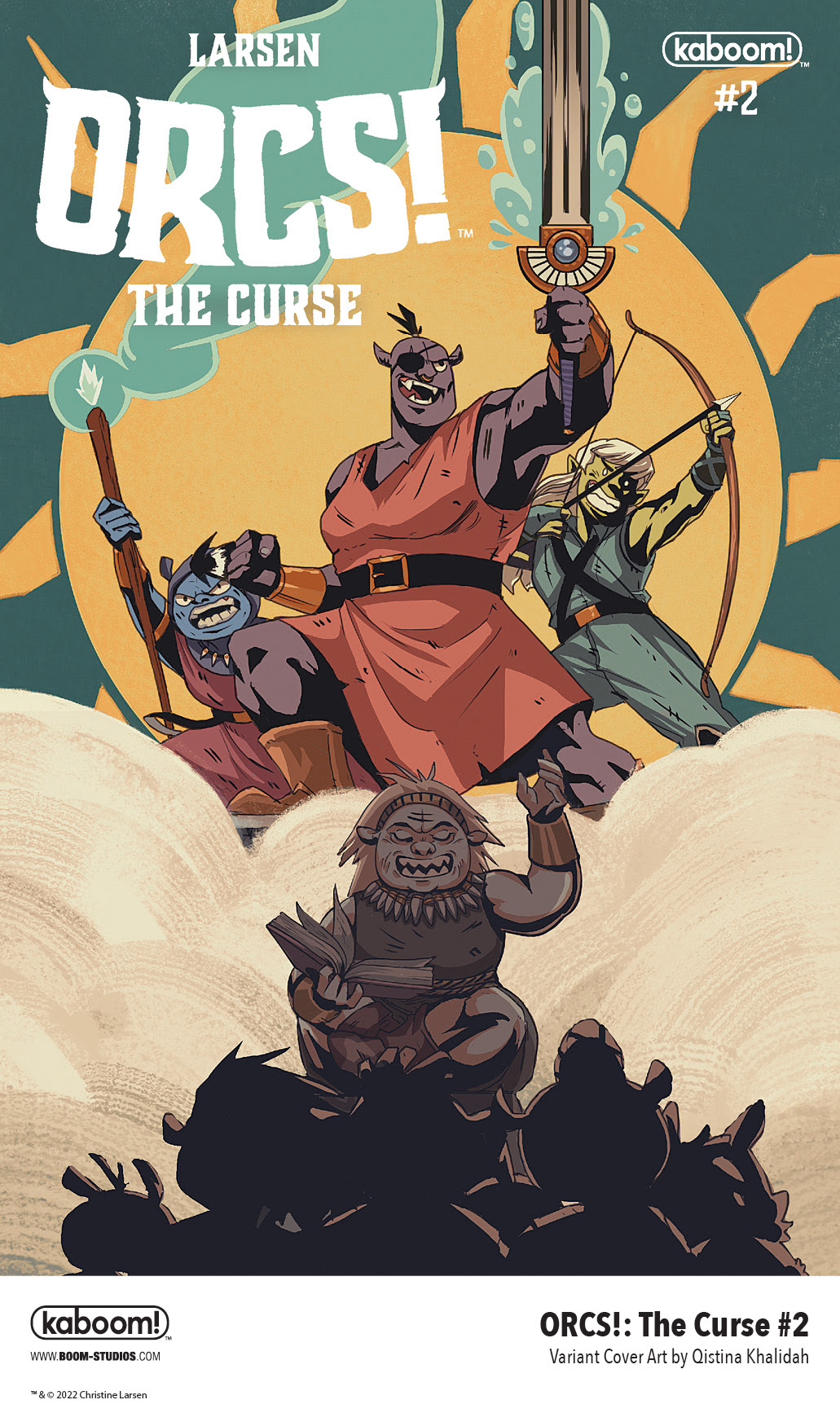 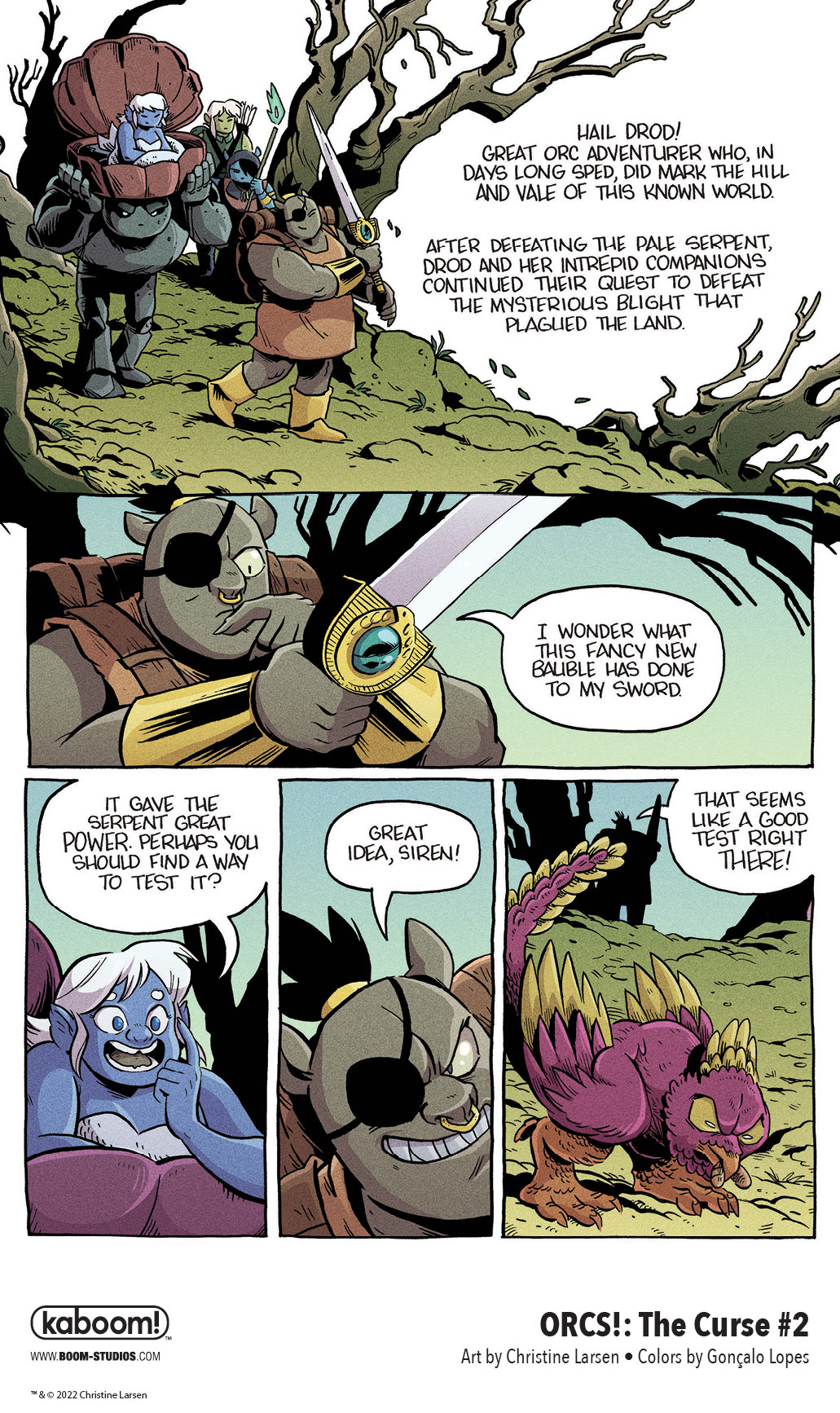 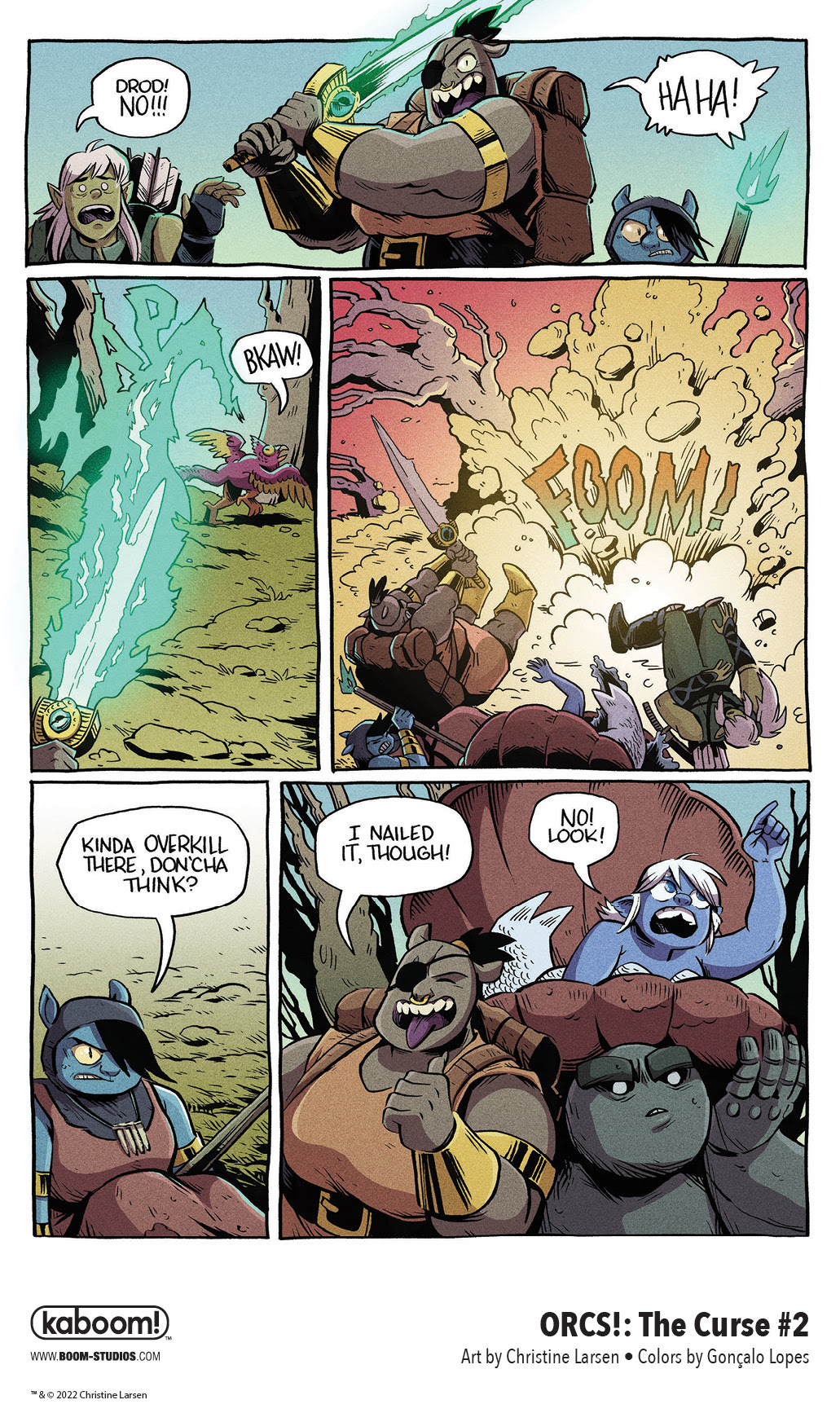 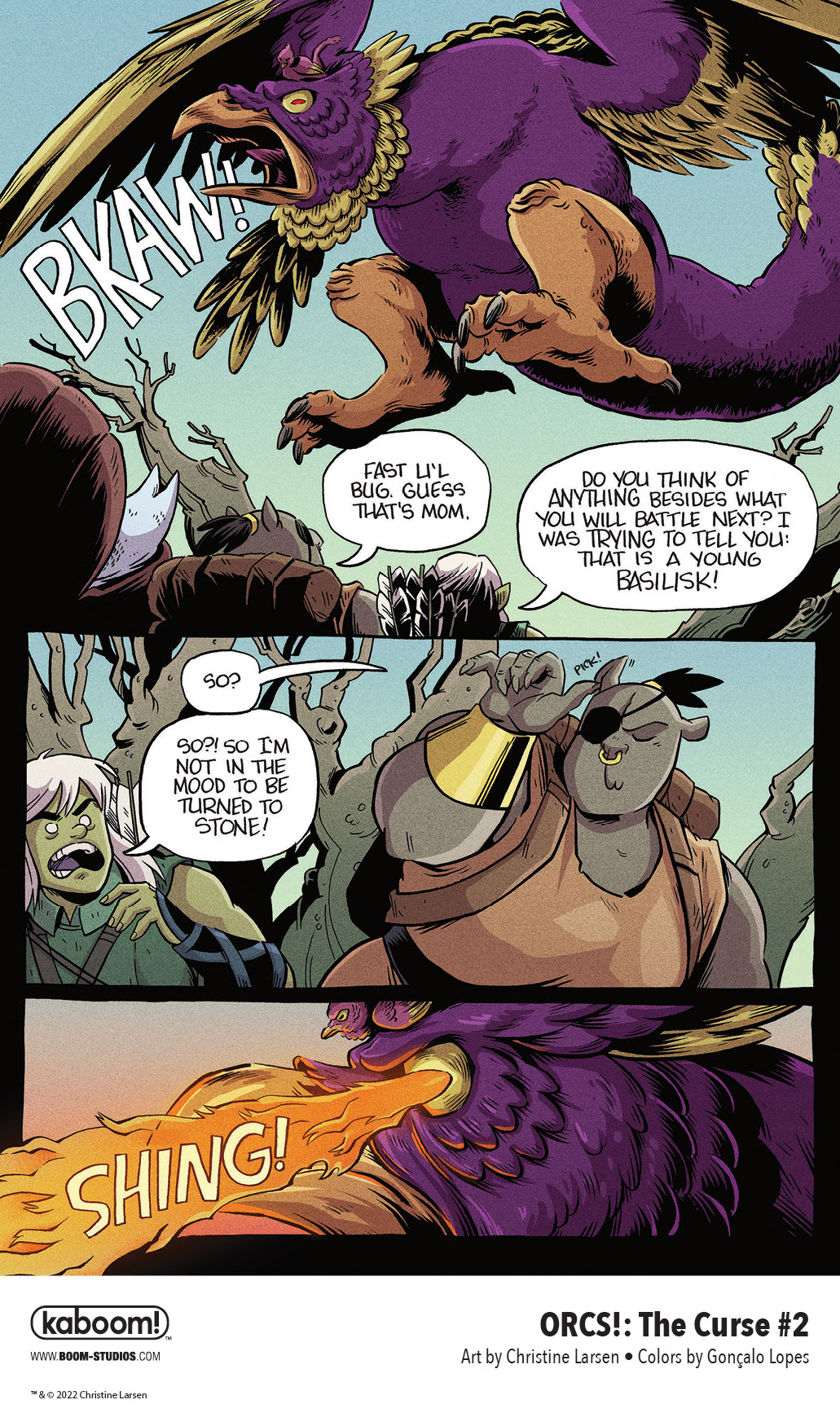 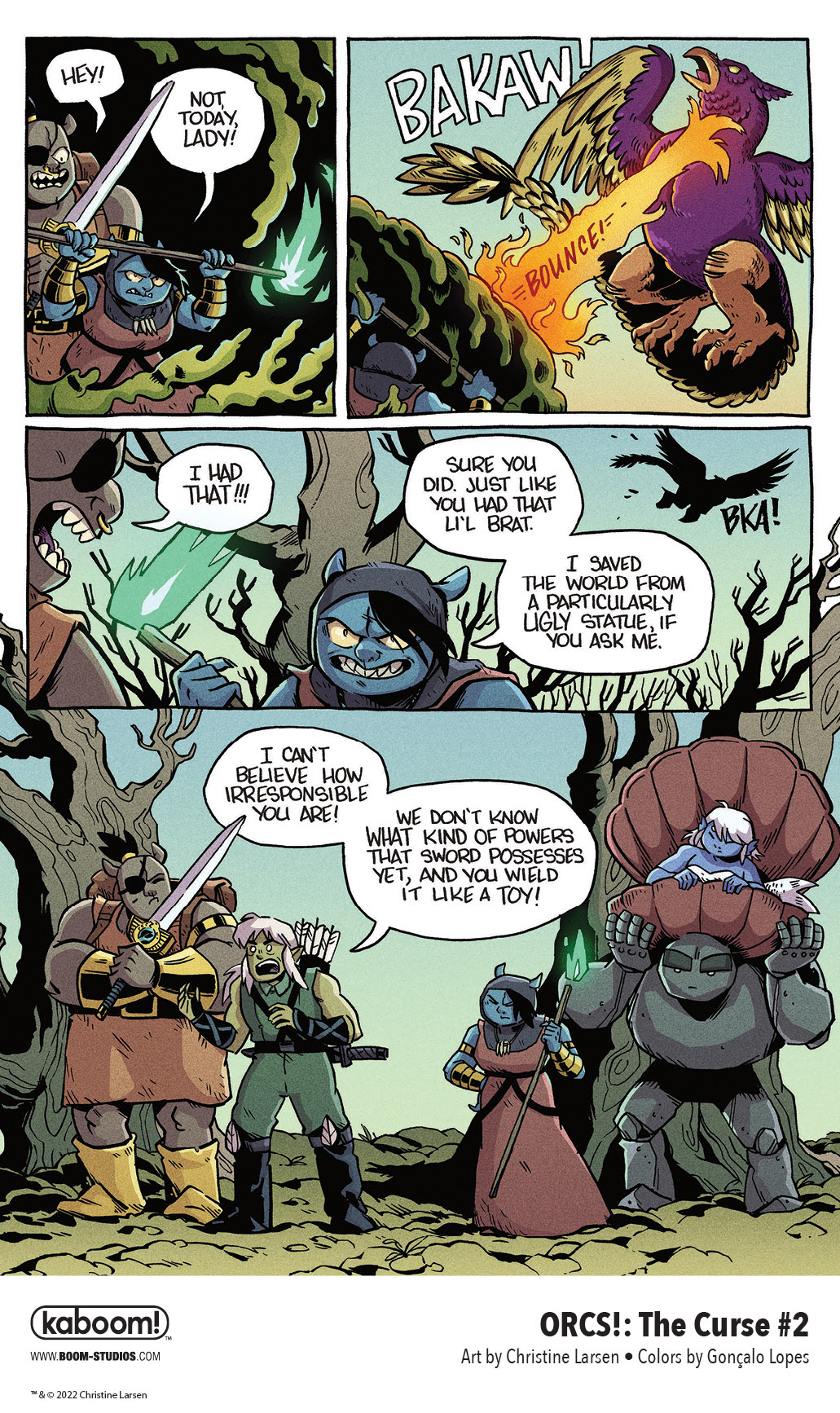 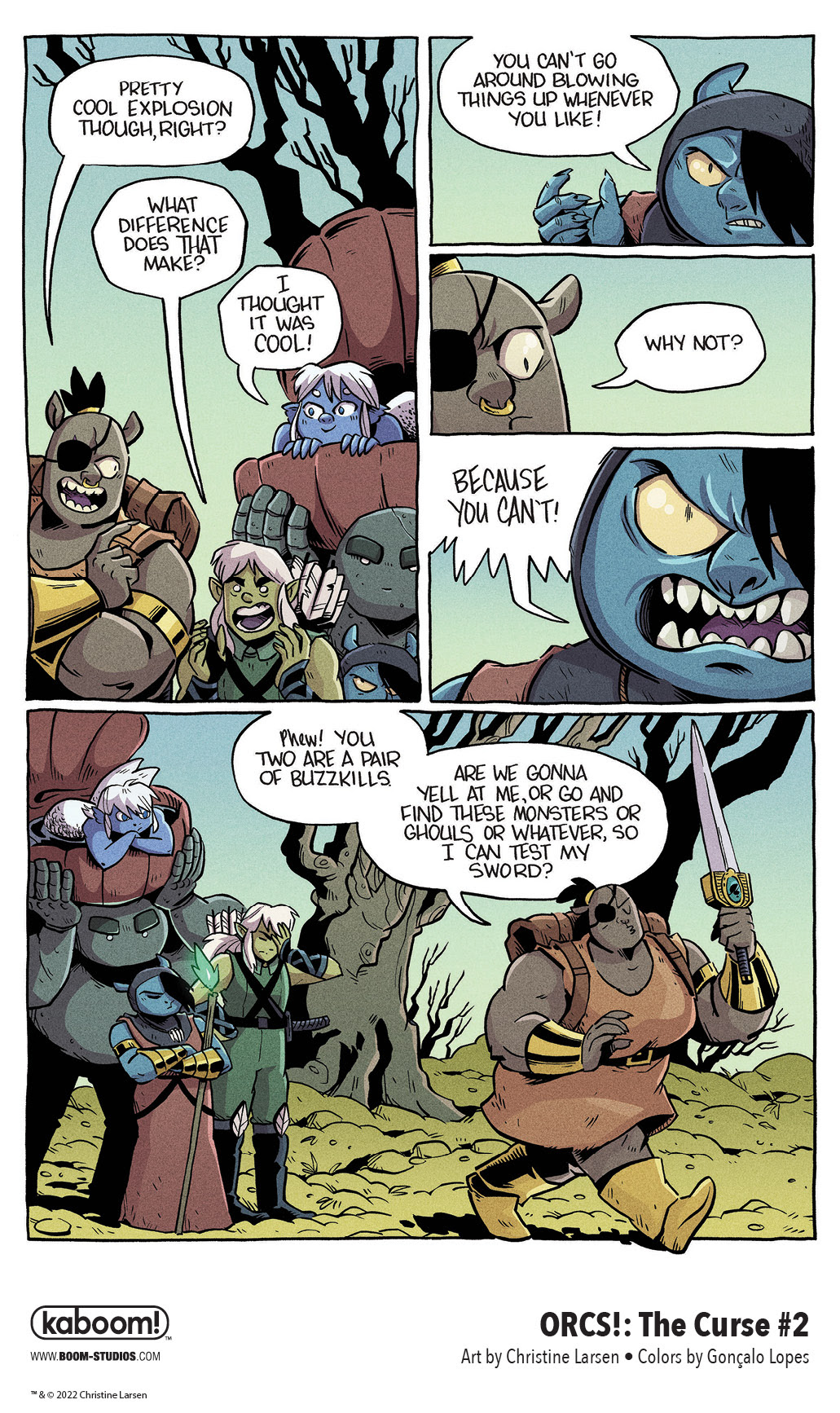