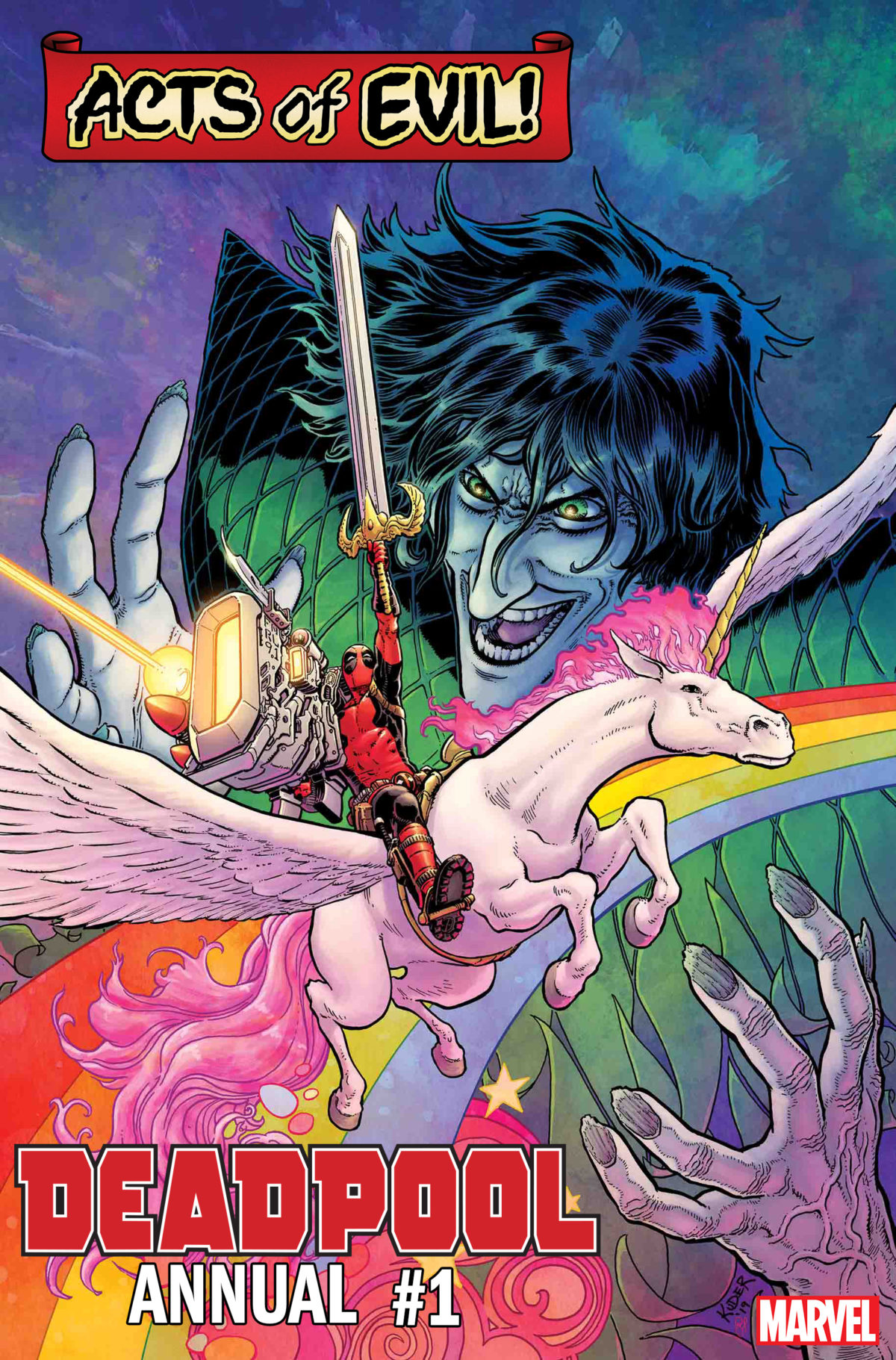 Last month, Marvel announced the debut of ACTS OF EVIL – where Marvel’s most iconic heroes meet their match against some of Marvel’s most vicious villains! From Ms. Marvel to Venom, epic encounters will ensue as Marvel’s greatest heroes battle against enemies they have never faced before – leading to an outcome that no one will expect!

This month, Marvel is excited to debut the creative teams and stories for the titles debuting in August and September, along with new covers and a handy checklist to track all your favorite stories!