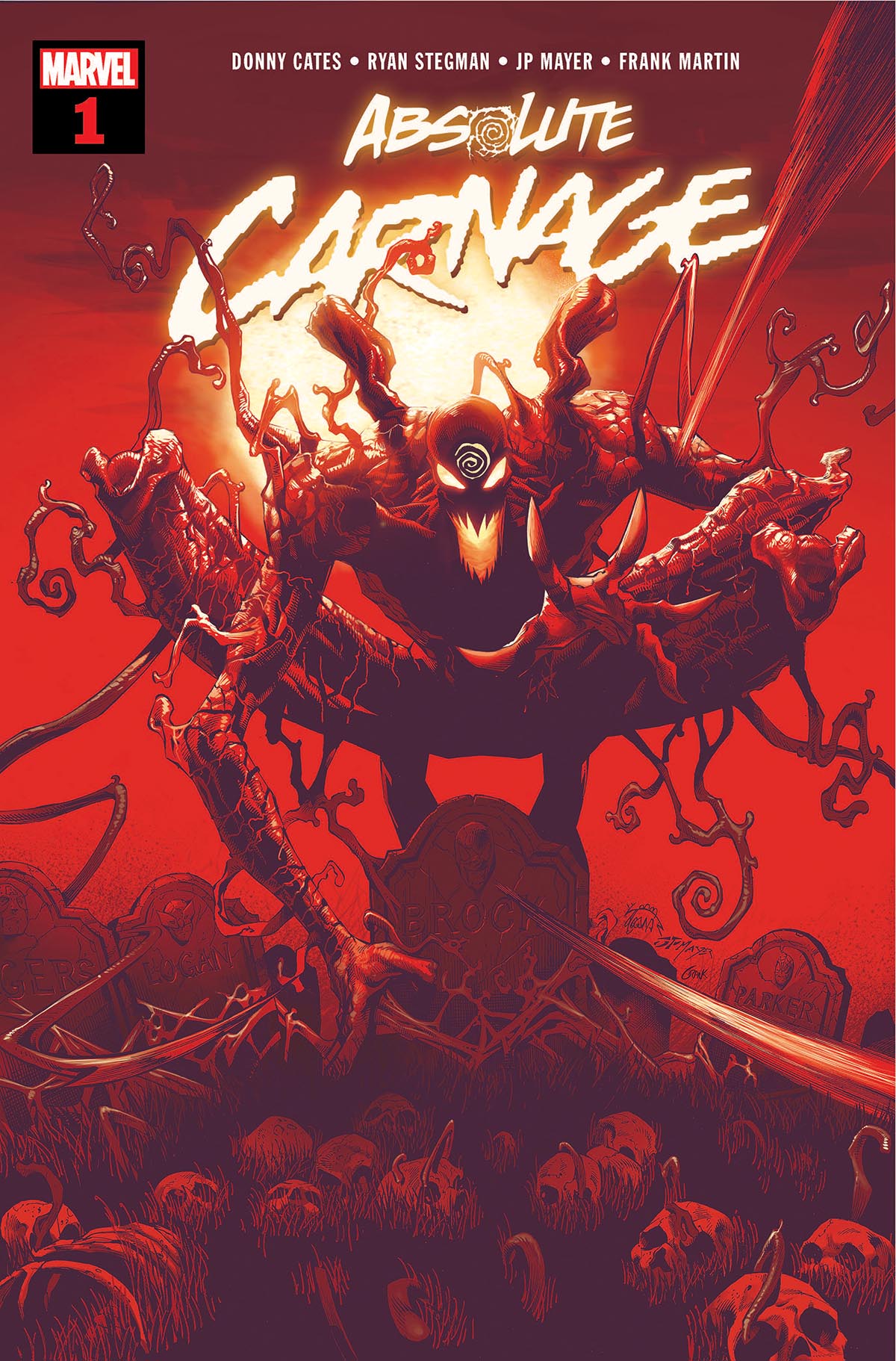 From the Twisted Imaginations of Donny Cates and Ryan Stegman

Marvel Comics is about to unleash Absolute Carnage! This all-encompassing Venom event is poised to shake the symbiote world to its core. Get the latest on this story in an all-new trailer featuring Editor-in-Chief C.B. Cebulski, Editor Devin Lewis, and writer Donny Cates!

“We’ve given a serial murderer a nuclear bomb, essentially, and Cletus is gonna try and kill every single character that has ever worn a symbiote,” teases Cates.

Series artist Ryan Stegman proclaims, “As a comic fan, this book has everything I’d ever want. The things I’ve drawn in this series are unlike anything I’ve gotten to draw before. I can’t wait for people to experience it!”

In the biggest Venom storyline yet, the Lethal Protector’s sinister spawn Carnage is on a mission to recover the codexes left behind inside every character that has ever bonded with a symbiote, so that he can summon the symbiote god Knull. Venom will have to team with friends and foes alike in order to prevent Carnage from succeeding in his deadly plot – all brought to you by the dynamite duo of Donny Cates and Ryan Stegman!

“It touches on almost every character in the Marvel Universe. No character is going to be left untouched by Absolute Carnage,” says Cebulski.

Absolute Carnage arrives on August 7 in comic shops, on the Marvel Comics App, and on Marvel.com! To find a comic shop near you, visit http://www.comicshoplocator.com or call 1-888-comicbook.