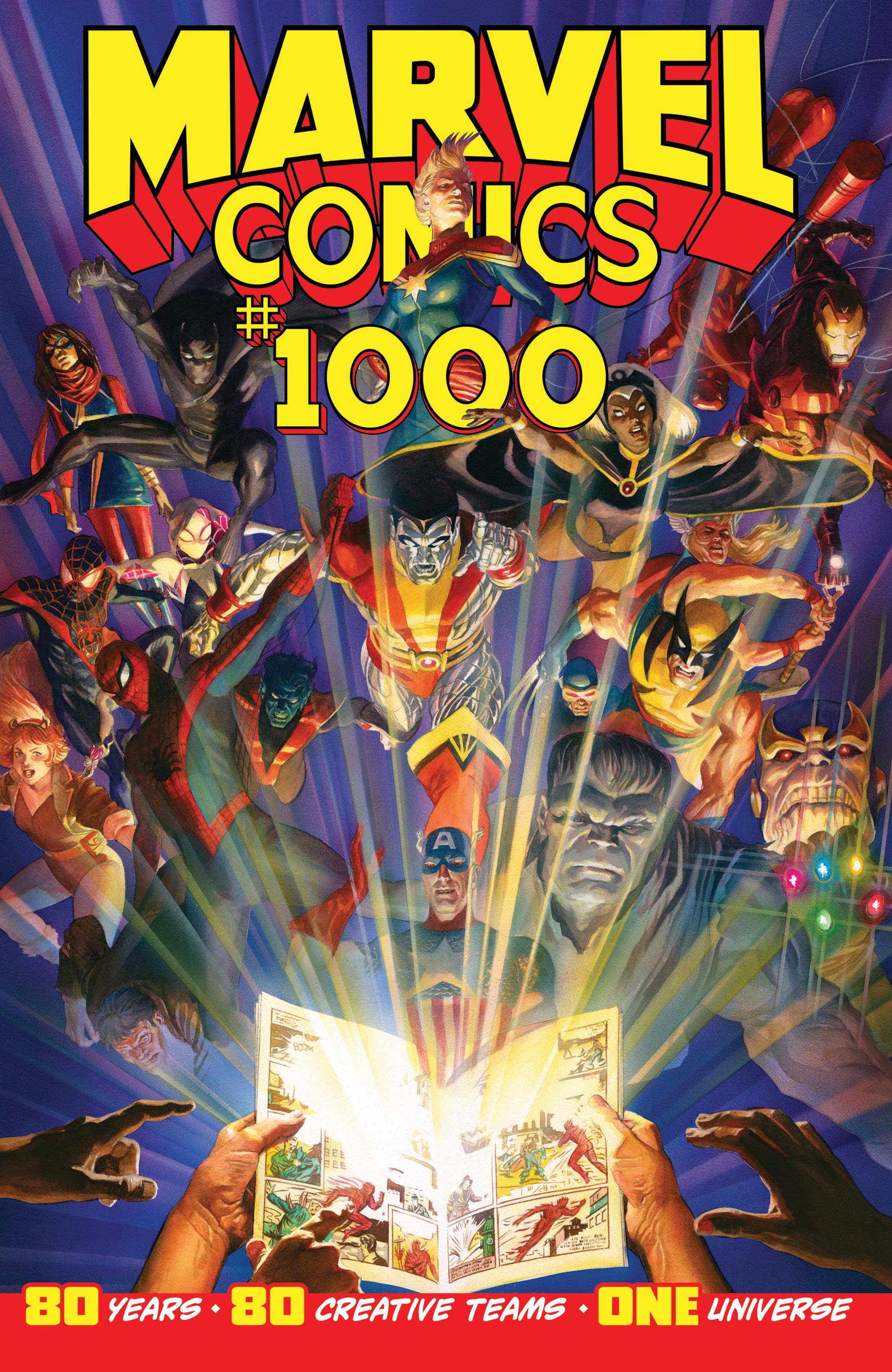 A plethora of comics’ best and brightest – as well as luminaries from across pop culture – come together in this monumental collaboration! Witness the evolution of the Marvel Universe as you turn each page, each corresponding to a year in Marvel’s publishing. Plus, throughout the issue Al Ewing weaves an interconnected story, leading to the debut of an all-new hero!

“I don’t think it’s a huge spoiler to say that the very first page in the book is a Human Torch story. But we go from there into some very strange places, some characters that Marvelites might have forgotten about,” teases Ewing.

“All I can tell you is you cannot miss this book. It is the ultimate celebration of Marvel Comics,” says Cebulski.

Marvel Comics #1000 arrives on August 28th in comic shops, on the Marvel Comics App, and on Marvel.com! To find a comic shop near you, visit www.comicshoplocator.com or call 1-888-comicbook.